You’ve probably already heard a lot about 4K technology. It’s pretty exciting and 4K video format is set to be the future of video resolution. It’s slowly rolling out on many devices and soon will be the standard format for many future TV’s. But today I’m here to tell you about a new feature of 4K and that’s 4K photo.

You know when you create a nice video in standard definition and you notice in the video clip that some of the scenes would make lovely pictures?

So what do you do?

You slow down the footage and screen shot the picture you want, but sadly the resolution is not high enough so the picture comes out all graining and not looking as good as you first hoped.

That’s when the bright sparks over at Panasonic had the idea of creating a solution to this aging problem.

With 4K technology the resolution is so high that capturing photos from videos is now totally possible.

The resolution of 4K Video is so high that with Panasonic Lumix you can use the 4K photo feature to slow down the 4K video footage and pick a picture that captures the exact moment you want perfectly.

All totally possible within the device itself directly by turning on the 4K photo setting, then after taking the video footage at 30 frames per second (30fps), you can go into the footage and select the frame you like the most and then save it.

Very easy to use indeed.

the Panasonic Lumix TZ80 has the 4K photo feature built in to play around with.

As I’m currently in Finland, I thought why not explore this new 4K photo feature on the TZ80 by exploring the beautiful nature Finland has to offer.

The exact day the Panasonic Lumix TZ80 arrived, we had a fresh snow dump over night.

The sun was shining. Perfect! Time to explore the 4K photo feature.

What I will do now is show some examples of the Lumix 4K Photo feature in action.

I had some ideas of how I could use this new feature to capture some snowy moments in Finland and demonstrate some ideas of what you can use the 4K photo feature for.

This is 30 frames per second (30fps) captured 4K video on the Panasonic Lumix TZ80.

The idea was to chuck some snow in the air and then slow down the exact moment the snow breaks up and hits the sky.

Here are some examples of the photos that I was able to capture using the 4K photo feature to pinpoint the exact moment I wanted in the picture: 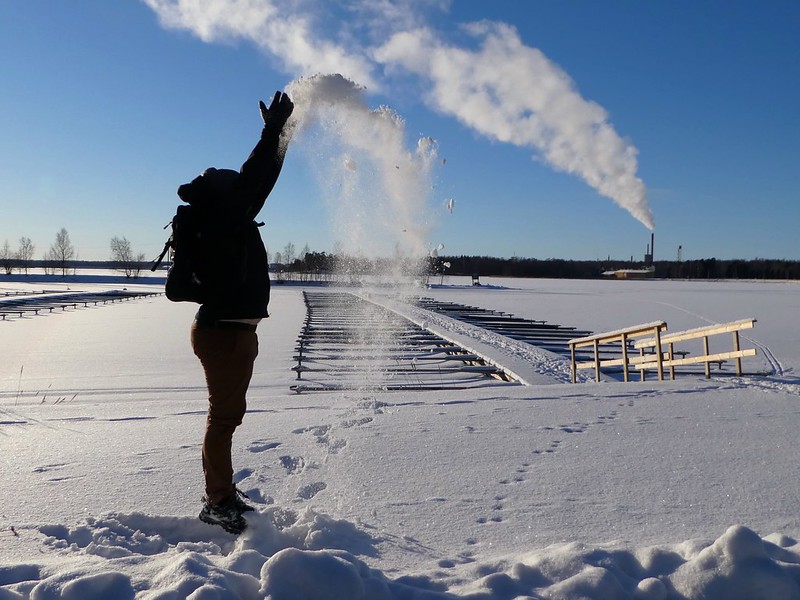 (The moment the snow leaves my hands.) 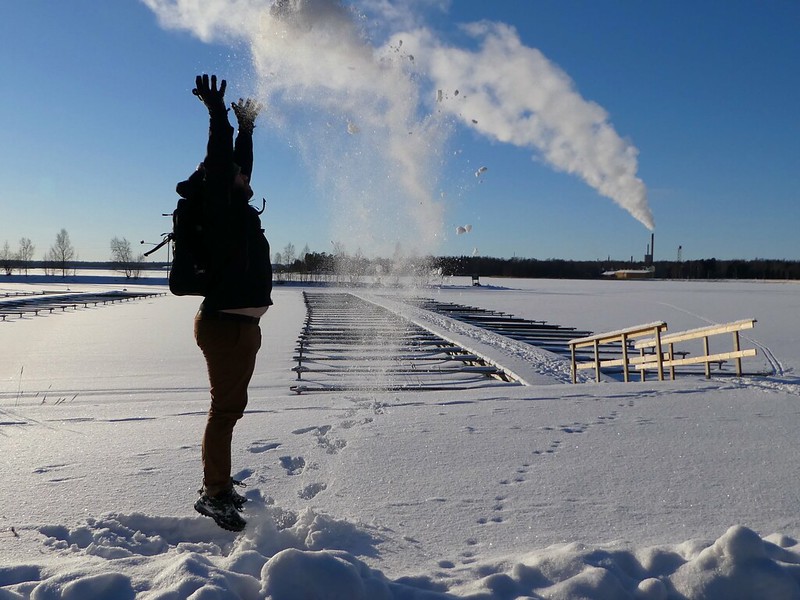 (The moment the snow breaks up) 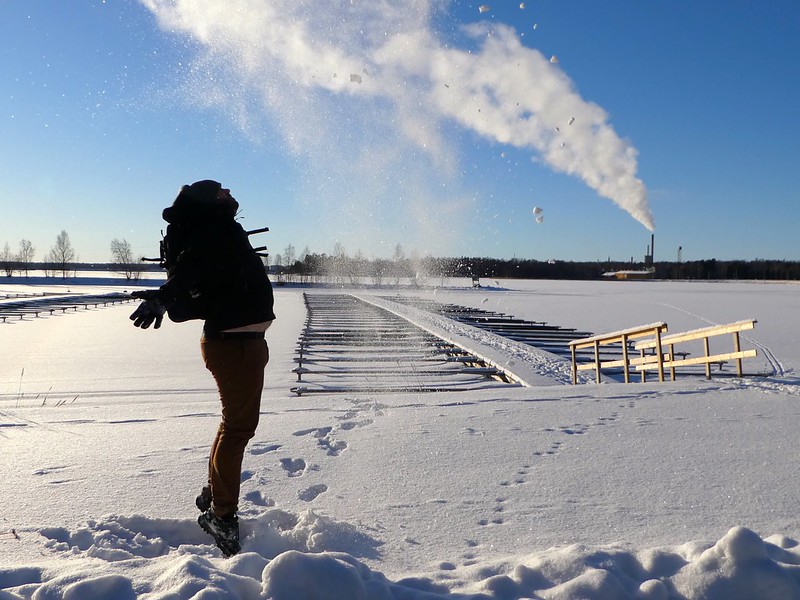 (The exact moment I’m looking for, the snow has broken up, hit the sky, my feet are airborne and it looks great!)

As you can see I’ve been able to capture a stunning photo from what in theory is a Video scene grab. As the resolution of 4K video is so high I’ve been able to take a photo out of that clip without affecting the general quality of the photo at all.

Chucking a snowball into my face

This one was fun! Well, not for me, but my friend enjoyed helping me out with this one.

Slowing down the exact moment of impact to capture the snowball impacting on my face and exploding.

This is something that normally requires an expensive camera to capture in high quality.

The Lumix TZ80 camera has the 4K Photo feature built in as standard.

How is that for an affordable piece of equipment! 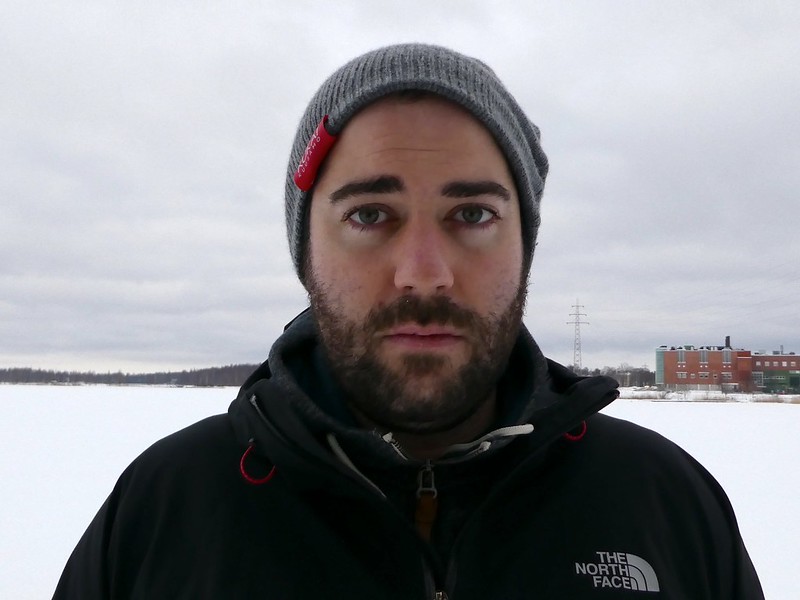 (O.k. Let’s chuck a snowball at this ugly mug shot. Take it away, Rik!) 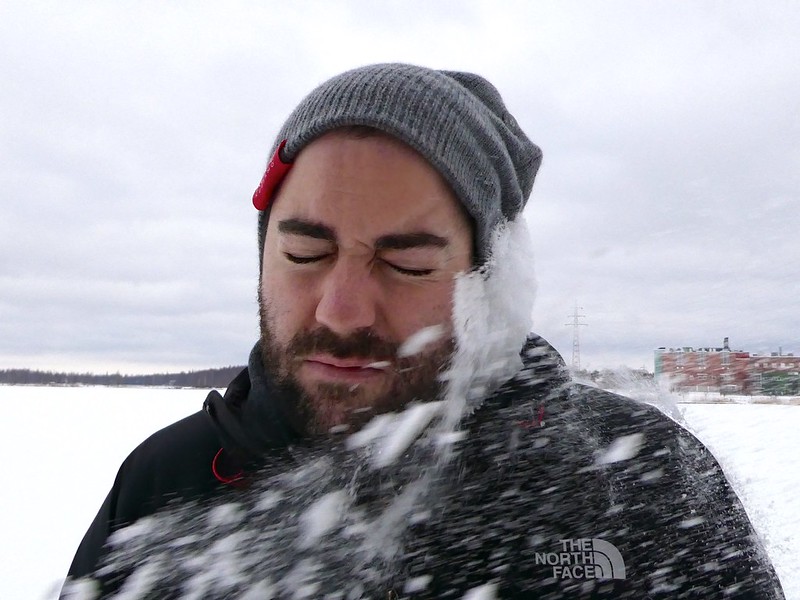 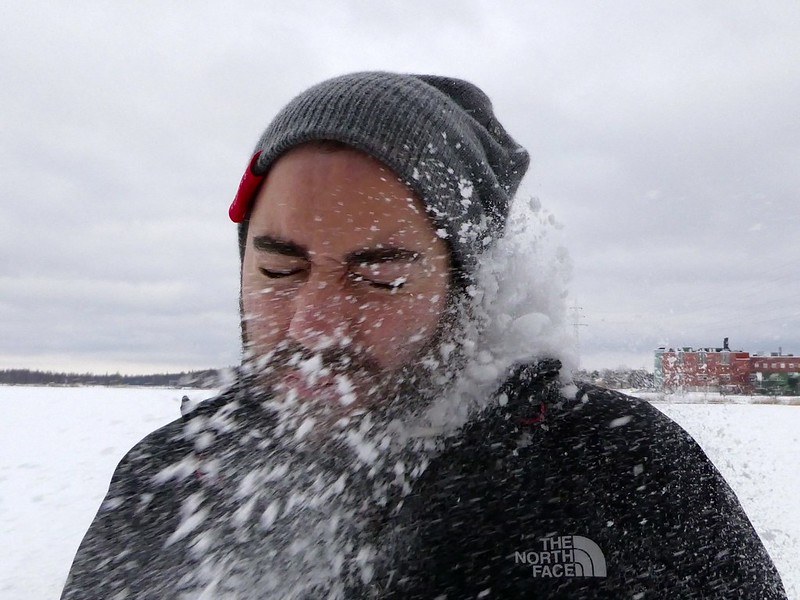 (The exact photo you want, a little after the impact to capture the best snow splash effect.)

This is a great example of the possibilities that you can create with 4K photo. Here I’m able to slow down the 4K video to the exact moment I’m after, just a little bit after the impact with a bit of snow splash to capture extra effect.

Pretty awesome what you can create with 4K photo!

Capturing a snow splash in water

With this the effect I wanted to capture a snowball hitting the water below a bridge and seeing if we can capture the splash happening in 4K photo. 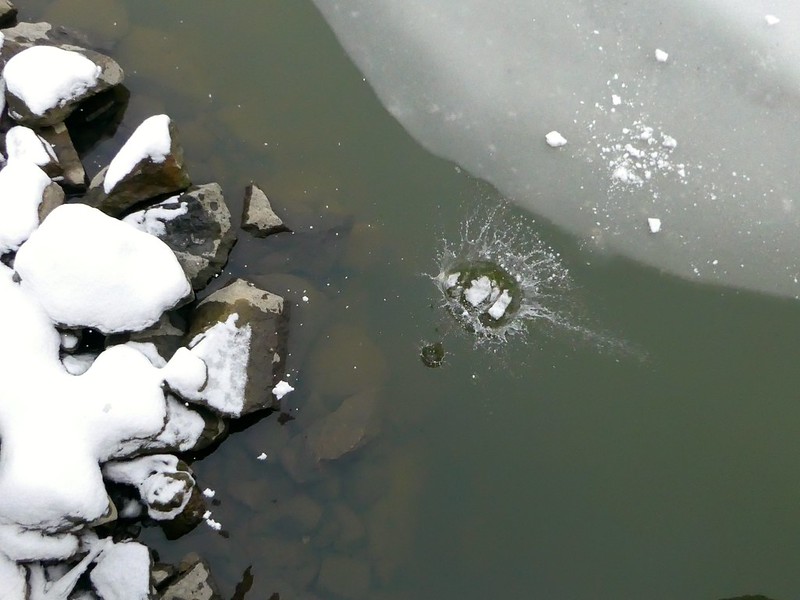 (The moment of impact. When the snow hits the water) 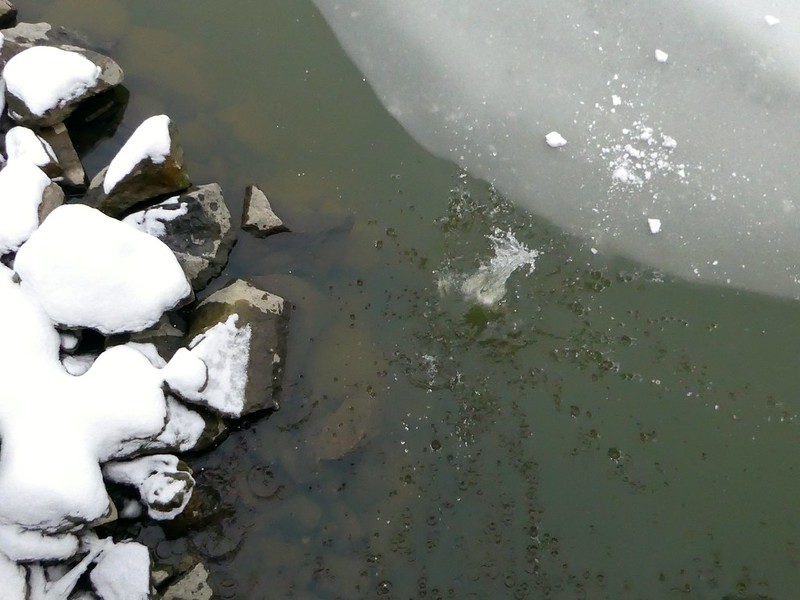 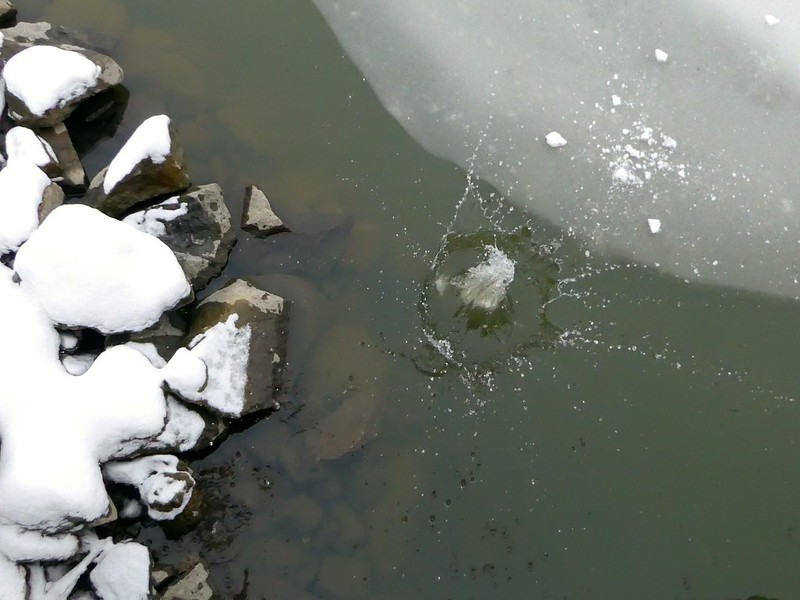 This is pretty cool indeed. We are able to slow down the 4K Video and capture the exact moment the snowball hits the water and pin point the ricochet occurring. All totally possible with 30 frames per second.

Want to find out more about Lumix 4K photo? 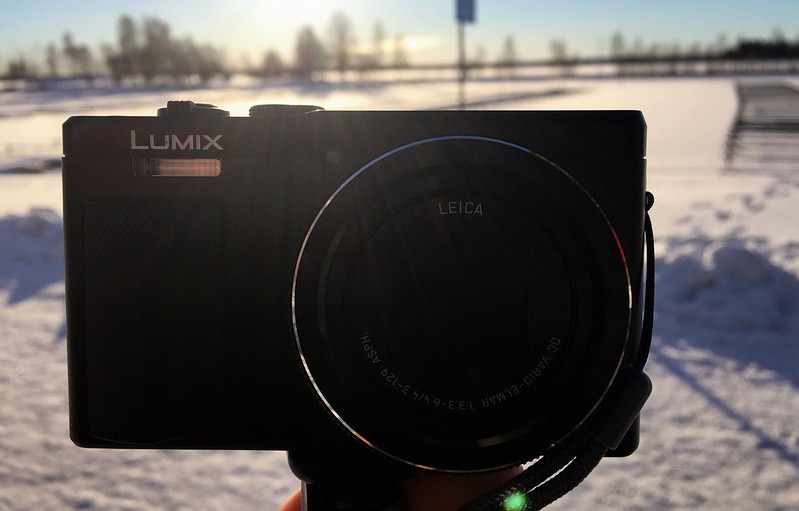 I had a lot of fun playing around with this new Lumix 4K photo setting. It for sure added a lot of fun to my normal photography sessions and that’s what it’s all about, having fun and being creative, all totally possible with the new 4K photo feature.

Thank you for you reading my latest blog post about how to take 4K Photo with the Panasonic Lumix TZ80. I hope you found this post useful and feel free to post a message in the comment section below if you have any further questions about 4K Photography. Happy Snapping! 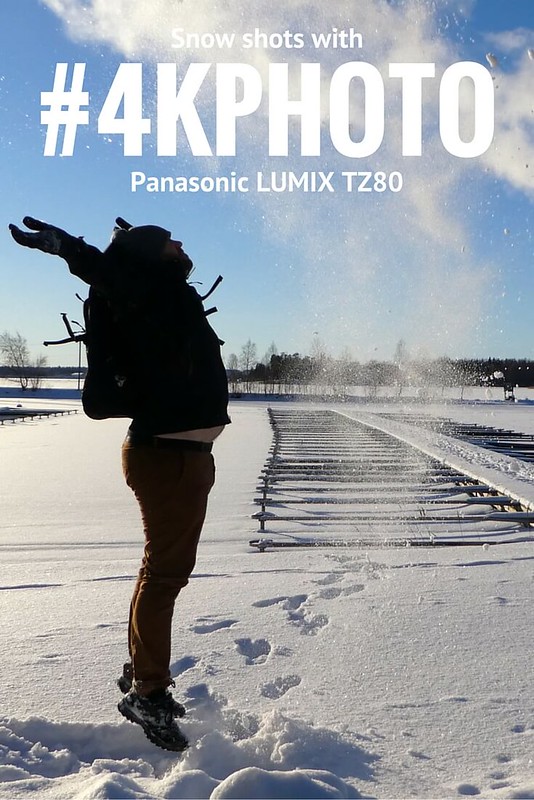