I wanted to share my experience flying with Norwegian Air on one of their Long Haul flight routes from Stockholm, Sweden, to Bangkok, Thailand, on the Boeing 787 Dreamliner.

I travelled on this flight many times over the years, and would highly recommend this flight for several reasons: 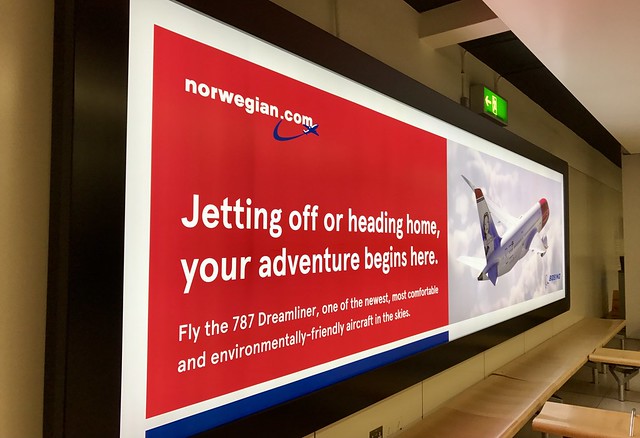 I found that at the time of flying, that this economy flight ticket from Stockholm was the cheapest long haul flight from Europe to Asia that I could find.

The one way flight time from Europe to Asia was around 10 hours.

If you’re travelling from the United Kingdom, you will have to fly first short-haul from London to Stockholm.

You can find a connection flight with Norwegian, but if you would like to spend a few days in the Swedish capital of Stockholm, why not fly in a few days before and make the most out of it. 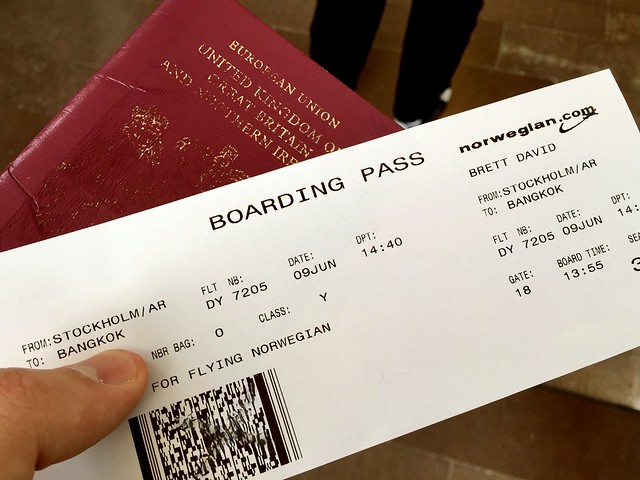 I’ve found that Ryanair has the cheapest flights from London Stansted to Stockholm Skavsta, sometimes they can be found as low as £10 one way.

However, you will usually have to fly to Skavsta airport, and the Norwegian long-haul flight to Bangkok is from Arlanda airport, so do remember to calculate the bus transport costs between the two airports and the city centre, which isn’t cheap.

Flying from Stockholm, Sweden, to Bangkok, Thailand is a perfect route 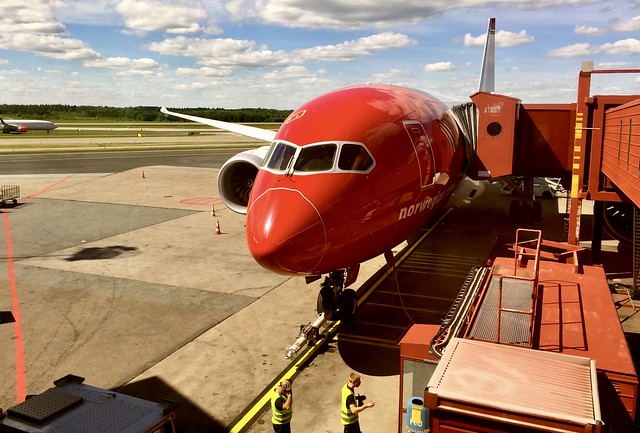 Having this affordable route in place unlocks loads of possibilities for travellers.

Once you’ve arrived in Bangkok, Thailand, you can find many affordable budget airlines flying around the rest of South-East Asia.

It’s a great gateway to unlocking many Asian destinations on an affordable flight.

Use this flight as an affordable Bridget to travel around Asia and Europe.

What is it like flying with a budget airline long haul 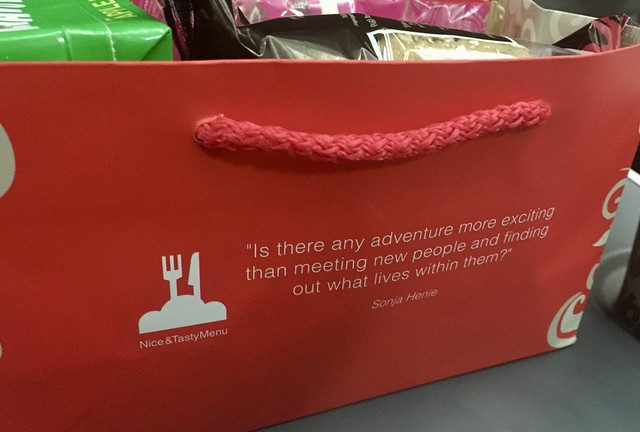 Of course, long haul budget airlines will have limitations compared to standard airlines, such as meals, and extra baggage will be charged at a premium.

Still, many airlines have started charging for luggage and limiting the in-flight meal service anyway.

So I’m not sure these are disadvantages anymore.

Especially if you’re travelling with hand luggage only, which I frequently do, I would rather have this cost removed and save on the total of my ticket. 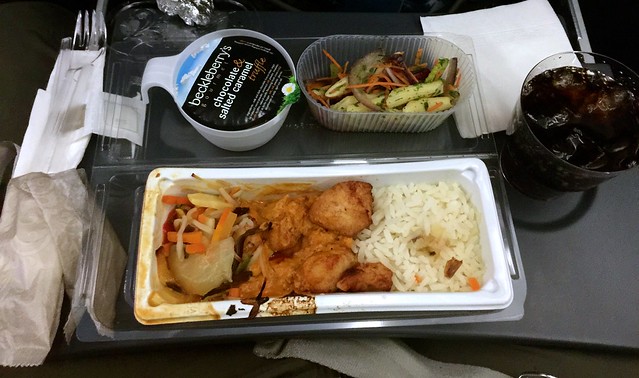 Paying for meals, though, can add to your ticket price, but I would recommend preordering if you want to eat on board.

When flying from London Stansted, the United Kingdom, to Kuala Lumpur, Malaysia with AirAsia when they used to operate this long haul route.

One passenger had not prepaid for food, and all the meals had been assigned to passengers and had sold out. This passenger wasn’t happy at all.

You can preorder your meal beforehand, which, for the one-way flight with Norwegian at the time of writing, set me back £25. 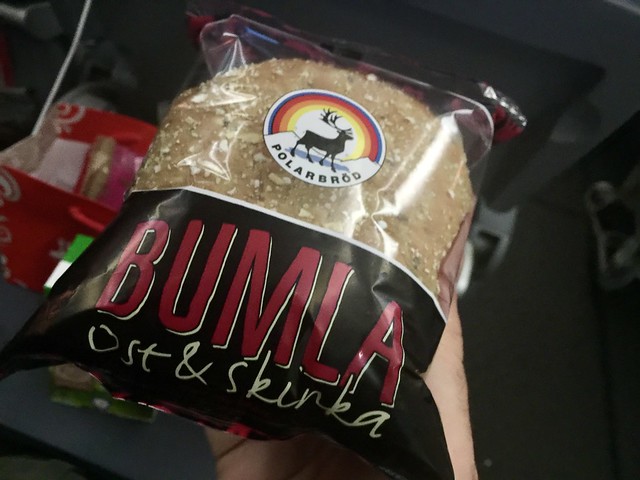 It was expensive for what you get, but I did enjoy the food that arrived.

Especially the Nordic reindeer and cheese sandwich came with a drink in a sort of mid-flight snack bag.

To be honest, they could charge what they wanted as you don’t have much choice in the air; either pay or don’t get food onboard the option is yours. 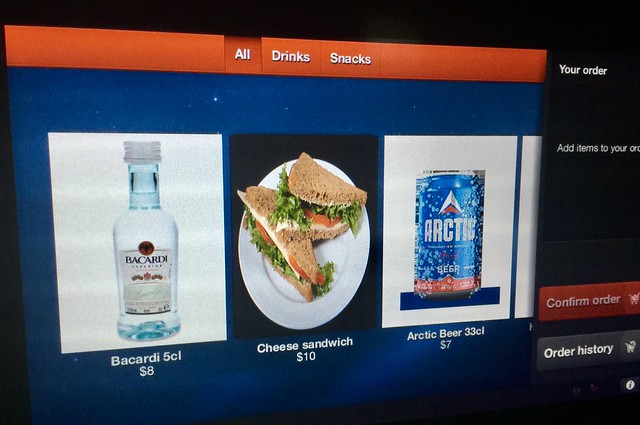 However, ordering drinks and snacks with the entertainment system was very easy, and you can pay with your card by swiping it on the side of the on screen card reader.

The cabin crew Didn’t have to keep bringing the trolly up and down the cabin as they got your order directly to your seat.

It’s a relatively swift service and made the flight more enjoyable.

Flying on the Boeing 787 Dreamliner is a pure dream 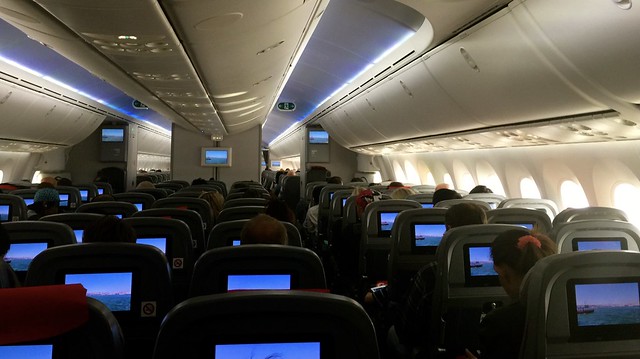 Words can’t describe how nice it is to fly on the Boeing 787 Dreamliner.

Even though you are flying with Norwegian, a budget airline, you do get a lot of value out of this aircraft model type from the get-go.

Incredible comprehensive entertainment system to watch movies and TV shows (All included) as well as a USB port so you can charge your devices. 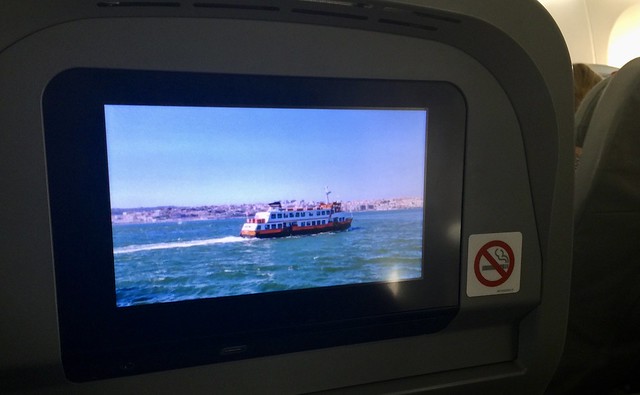 The seats are spread out with loads of space for economy passengers, plus the windows are more extensive, creating more space amongst the cabin.

I’ve also noticed that the cabin pressure seems lower, and the lighting is set perfectly at night time with a mood lighting feature so you can get a proper nights sleep.

I always sleep well on the Boeing 787 Dreamliner, and the aircraft can affect your journey.

This is why flying with the Norwegian long haul on the Boeing 787 Dreamliner is an excellent idea. 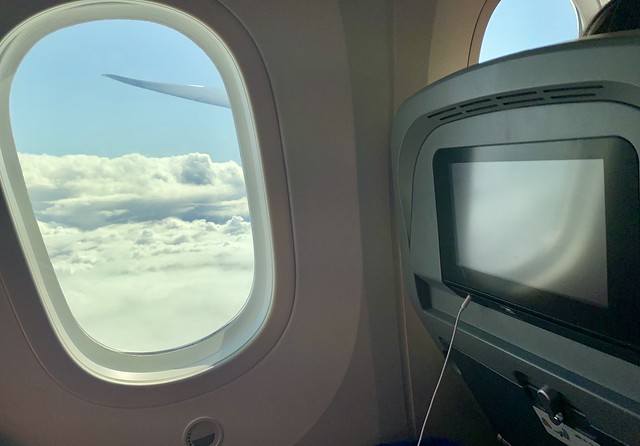 I’ve since travelled with the Norwegian long haul on several occasions, and my last flight was to attend Rock in Rio and flew to Rio De Janeiro from London Gatwick.

I would highly recommend the journey based on the price alone, and just because it’s a budget airline, don’t be scared to book the ticket.

You do get an incredible experience for the value you pay. Happy travels, and enjoy exploring the world with Norwegian!