Budget airline’s are great for backpackers, you simply can’t beat them on price and cutting out some comforts to save money is always a great option when on a limited budget.

Wow airline has started to offer budget transatlantic flights whilst Airasia X continues routes across Asia to Japan, South Korea and also to Australia. Its starting to become a growing trend amongst budget airlines wanting to reach out to a wider market.

Budget airlines are no longer limiting themselves to being continent specific and are starting to open up more long haul routes.

Is flying with a budget airline for more than 8 hours, really worth holding onto your pennies or should you travel with a full price airline for reassurance and comfort?

travelling with Airasia X from London Stansted to Kuala Lumpur

I’ve travelled with Ryanair and had a lot of experience using other budget airline’s in the past, I was not new to the whole budget airline concept.

This was my first time flying with Airasia, many other travellers had shared their positive experiences, I was excited to finally be given the opportunity to try them out.

After Weighing up the price of Airasia x compared to other airlines offering the same route, I had to check it out.

I’m aware that a lot of services were cut out to make that price happen, such as luggage restrictions, on board entertainment, seat allocation and food and beverage not being included. I was happy to cut that all out as I was on a backpackers budget.

I only travel with Hand luggage, bring my own entertainment on-board and never fussy about where I sit, cutting costs in these areas was not a problem for me.

Only food and beverages was a major concern.

The Cost for the flight

Ryanair has built up a no frills image that you get what you pay for, but with Airasia they really do go that extra mile in terms of service.

As a backpacker on a budget, I was simply searching for the cheapest one way flight to anywhere from Europe to South East Asia.

The cheapest alternative I could find to compare with Airasia was a flight with Air Saudi for £454 with a stop over.

Airasia offered the same flight for £225.

In fact, my onward flight with Airasia to Ho Chi Mihn, Vietnam come to a total of £22. 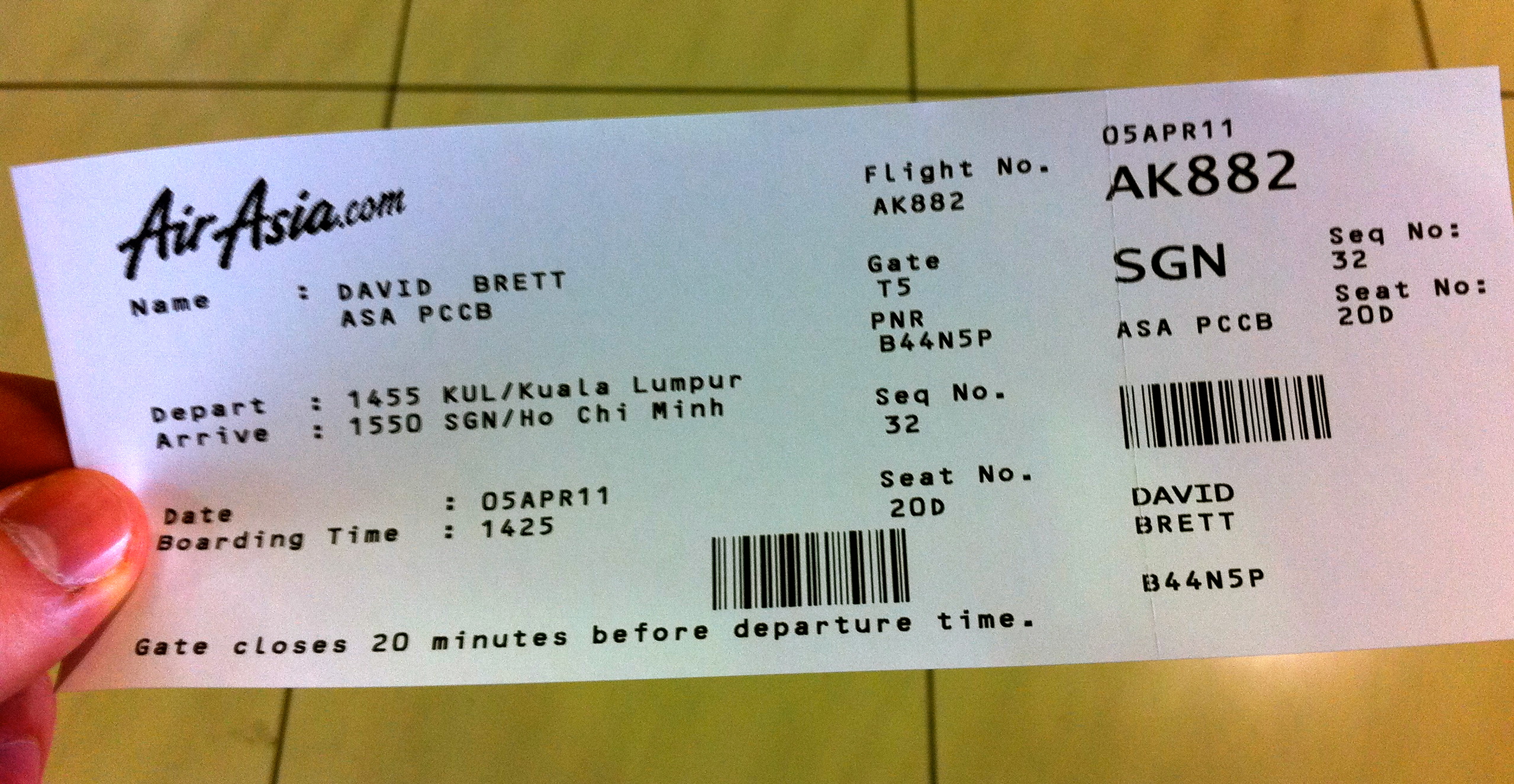 My doubts were already gone by the time I reached the check in gate, Normally at Stansted airport, I’m greeted with no help what so ever.

Ryanair, which dominates the airport seems to have a “you’re on your own deal with it” experience.

I did print out my own boarding pass to avoid a fine which is common with other airlines at Stansted airport, but they checked me in at the desk, checked my passport, printed out a boarding ticket and wished me a pleasant flight.

So far so good! Not what I was expecting from a budget airline at all.

Added extras you can opt in to? 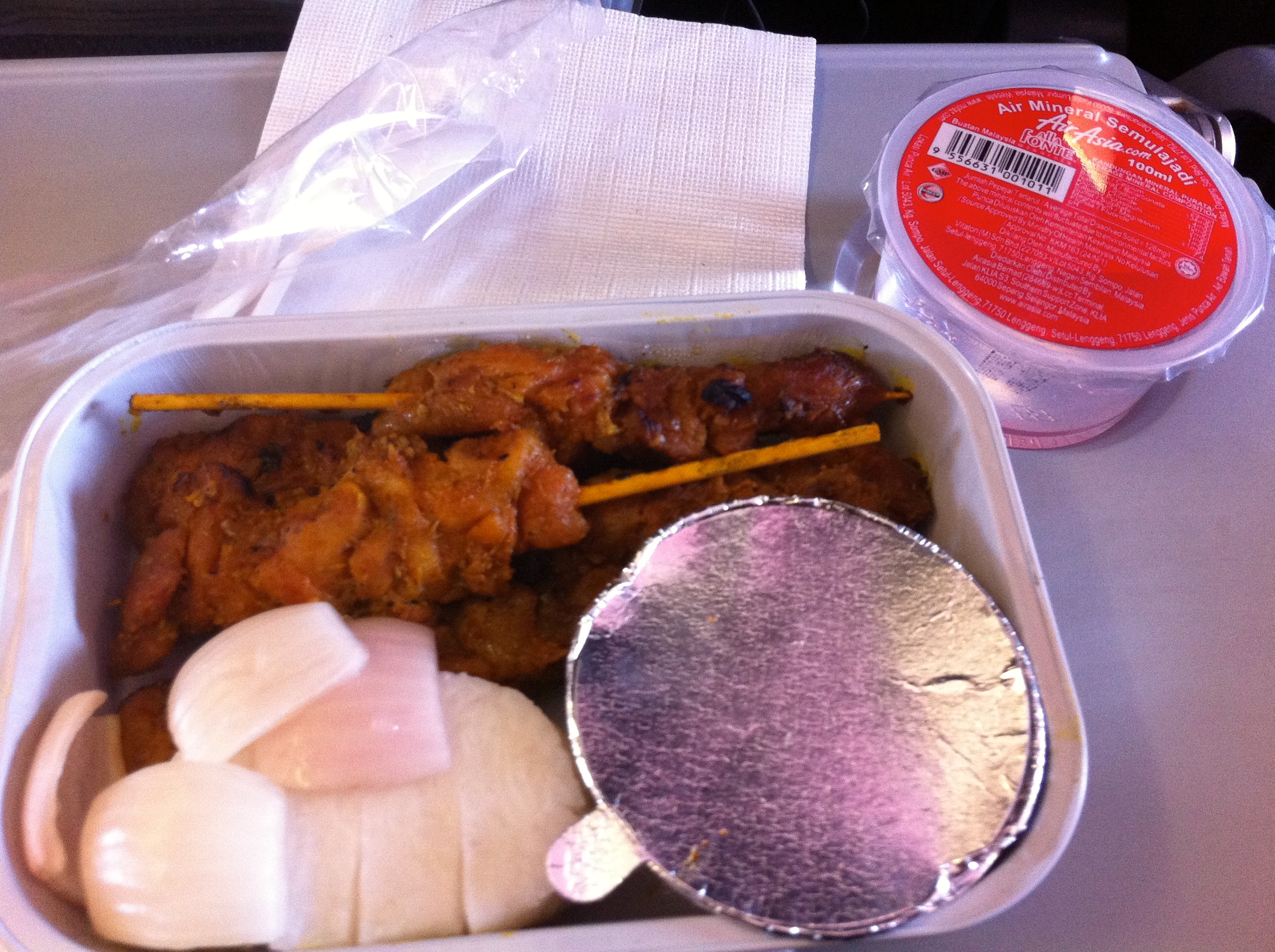 You can pay for added extras normally associated with budget airlines, I did reserve a meal in advance because going without food for 8 hours is pretty pointless.

The meals on offer online were basic, but well priced.

Worked out around £2.50 per meal and a bottle of water. You could bring on board your own food, but I fancied something hot, so this was the best option.

You can opt to reverse an allocated seat in advance if you wish (I didn’t bother).

The seats were well laid out and gave enough space and leg room to enjoy the flight.

One positive side to this flight is your seat couldn’t recline, It’s one of my personal hates on commercial airlines when people recline there chair into your face, but on this flight no worries at all, I could do some work on my laptop very easily.

I purchased a comfort kit for an extra £5 to help me sleep and it worked a trick! I pretty much slept like a baby the whole flight.

onboard cabin crew would be happy to help you out to the best of their ability, maybe because you had to pay for items, but still the service was gratefully received.

If you want anything onboard during your flight, best to order in advance whilst booking your ticket to avoid disappointment.

The pre-booking system is simple to use and works, if you know want you want in advance, then it arrives to your seat like clock work, simple.

I want to highlight this point because I noticed some passengers did not pay for food in advance and Airasia take booked meals as a priority first, then sell what is remaining on board.

You do run the risk that they might run out of food, this is not a risk worth taking, best to book online. 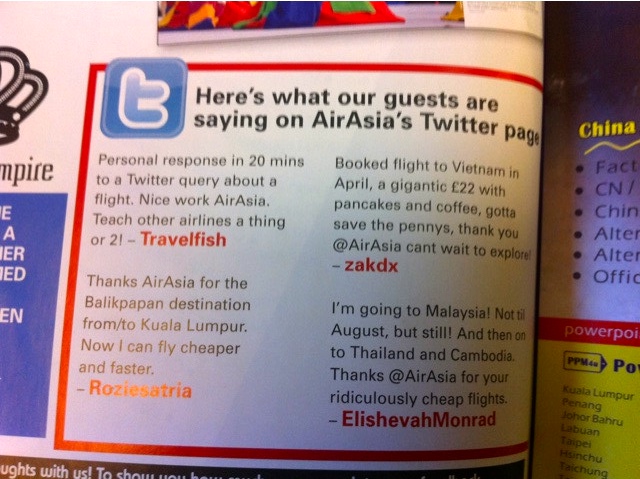 The one thing I enjoyed about Airasia is its approach to social media, they use it rather frequently to deal with customer enquiries and were always on the ball with my requests with a personal touch.

I had tweeted them about how I was looking forward to my flight and it was published in that exact magazine on my flight, they had worked out I would be reading that addition and published it, very smart!

Overall my experience was nothing of a budget nature, it was an airline offering a top notch service at a low competitive price and I would fly with them again if given the chance, I would encourage everyone else to do the same.

I was already used to cutting out additional services I don’t necessarily need when flying with budget airlines so I guess I already had low expectations, they simply offered more than what I was expecting and I was happy with what I got for the total price, well worth it.

UPDATE: Airasia X no longer offers Flights from London Stansted to Kula Lumper, currently Airasia are in talks to relaunch the same service again in 2015 “stay tuned to see if the deal manages to work itself out”.