5 years ago I lived in Vaasa, Finland during my Erasmus exchange and I recently decided to return to the city to see what’s changed.

It’s always nice to return to a place you once called home, to re-discover old places you used to visit and see what’s new.

That’s how I ended up enjoying a cheeky pint at my old student bar o’malley’s.

To my surprise I quickly noticed that the beer I was drinking was from Vaasa itself!

I’d just discovered that whilst I was gone not only is Vaasa brewing its own beer, they also have a new brewery in town that you can go and visit.

I was not going to let this slip past and decided to go and check out the new brew on the Finnish beer scene.

This is a blog post all about Vaasa’s new top attraction in town and how you can get there as well. Enjoy the read!

The history of Bock’s corner brewery 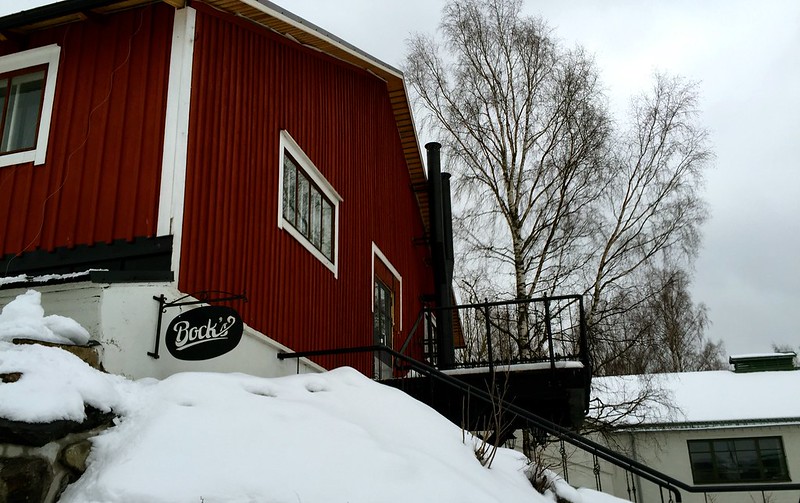 The Palosaari area of Vaasa, Finland, used to be home to many breweries in the past, but in the late 70’s they closed down and that was that.

In recent years with a growing interest in craft beer, micro breweries and locally produced goods, an idea sprung to mind to re-open the old brewery operation and swing it back into business.

After nearly thirty years of silence, Bock’s Corner Brewery brewed the first batch in February 2015 in a refurbished ice cellar that has now become the new home.

Beers are produced in small quantities with a batch size of 1000 L per brew. Its a small town operates with high quality local produce in mind.

Bock’s Corner Brewery is a small independent brewery situated in the heart of a once booming brewing district and its great to see it kick back into life again.

Bock’s Corner Brewery has opened its doors to the general public and opened Bock’s pub in connection to the brewery where people are welcome to socialize and enjoy a tasty meal while watching the brewmaster at work.

Let me tell you how to get there:

How to get to Bock’s corner brewery Vaasa, Finland. 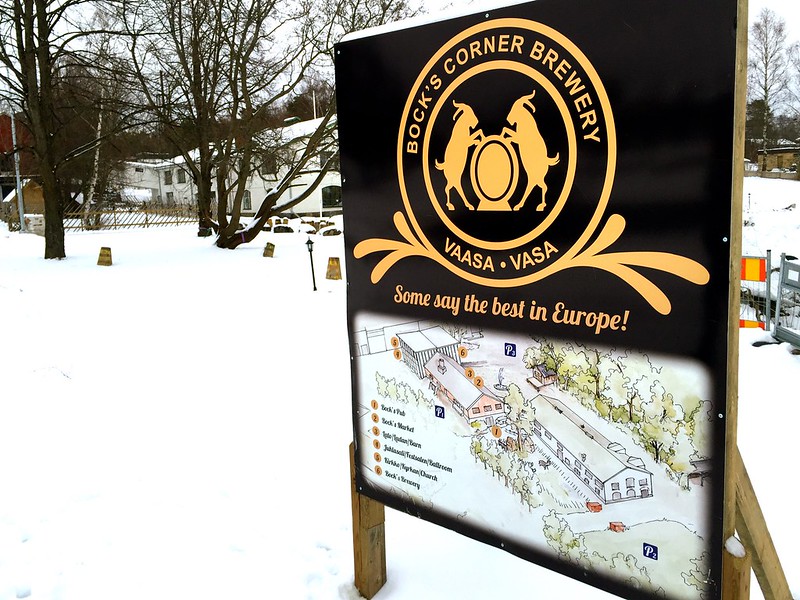 It’s rather simple to get to the city centre of Vaasa using public transport.

You can take a local Finnish VR train which has departures daily from Helsinki station via Seinajoki or alternatively you can take one of the new affordable onni Bus connections that have tickets starting from as little as €1 with advance bookings.

Bocks corner brewery is located close to the Palosaari area of Vaasa which is roughly a 45 minute walk from Vaasa train station.

It’s possible to visit the brewery as part of a day trip and include a nice scenic walk. Palosaari has two stunning lakes you can walk past to get to the brewery.

Well worth it if you have the time. 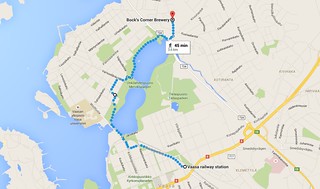 Opening hours for the Pub

Here is A Periscope tour of Bock’s corner brewery

(Give you a little tour of the place)

The legend of the Bock’s corner brewery goats. 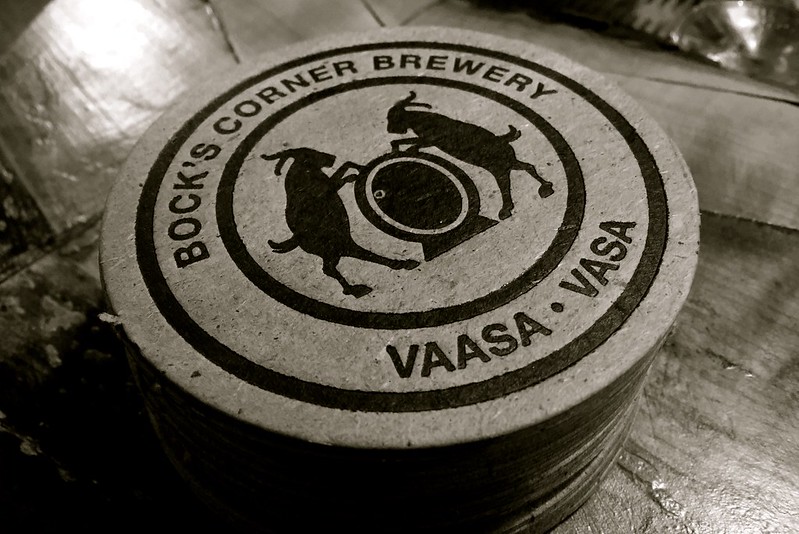 Bocks corner brewery is also the chosen residency of a goat who calls the brewery grounds home.

He lives just by the entrance and greets visitors as they enter. He can be visited all year round.

The goat himself has become a city legend in Vaasa as he’s escaped on a number of occasions. 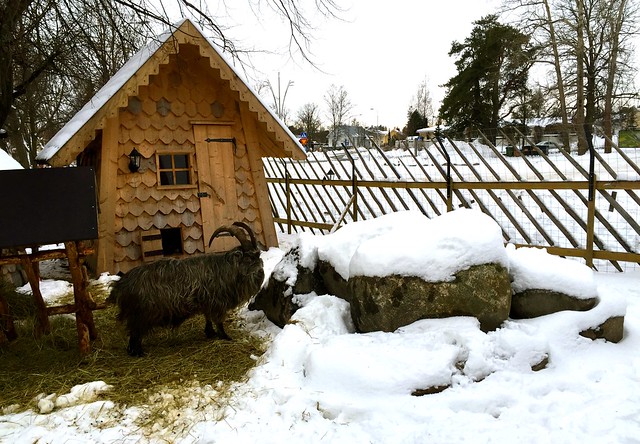 He’s being chased by local residence on a number of occasions and even made the local Vaasa paper documenting his great escape.

The iconic goat has even landed himself on the beer bottle’s label as his been officially crowned the beers mascot and is featured on the Bocks logo.

It’s funny as many locals in Vaasa are aware of the goat more than the beer, due to his antics. his a popular mascot indeed!

Not a bad life for a goat

Bock’s corner brewery has a wide variety of locally produced food for you to try. 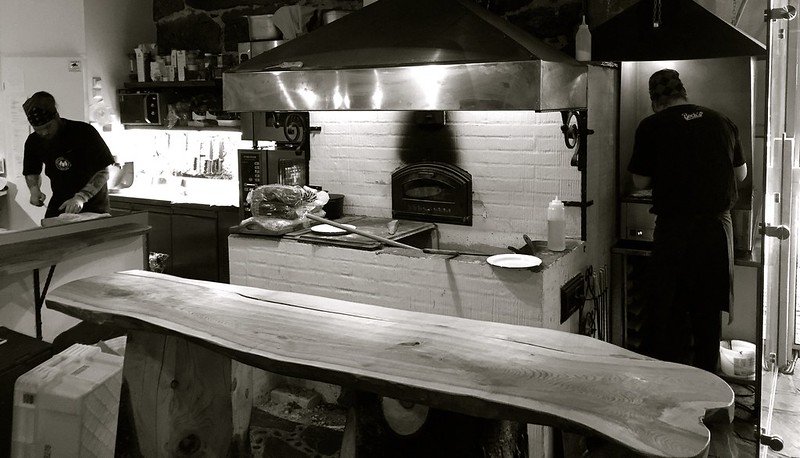 Bock’s corner brewery has a wide variety of locally produced food for you to try.

All the food prepared at Bock’s corner brewery pub is locally produced within a 40km radius of the brewery house.

They even have their own farm located in Rexholmen which produces much of the meat that is served with the beer.

You can watch as they prepare home baked fresh bread the moment they open and the use a lot of the ingredients they also make the beer with to create the bread.

My friend had the burger and he said it was one of the best burgers he had ever had as they make the bun fresh that day in a stone baked oven.

The cooks are also very passionate at what they are trying to create in the kitchen had much information about all the ingredients that they prepare the food with. 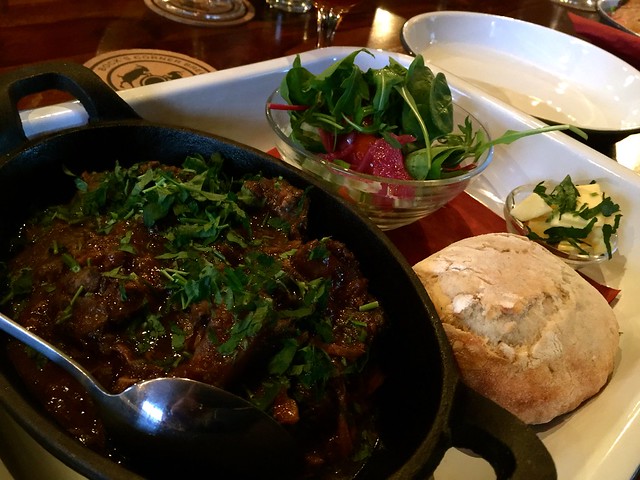 (The food is amazing, I went for the beef winter stew, all made with local produce from the Vaasa region.)

I went for the Winter Beef stew and it was cooked to perfection, very tender and very tasty. The menu was matched to the season well and went along nicely with the winter dark beer too.

It had been a while since I had stew and it didn’t disappoint either. It also included some of the home made beer bread too which was lovely to try with the stew. Ok, enough about this dish, its making me hungry again!

All beers brewed in house at Bock’s corner brewery 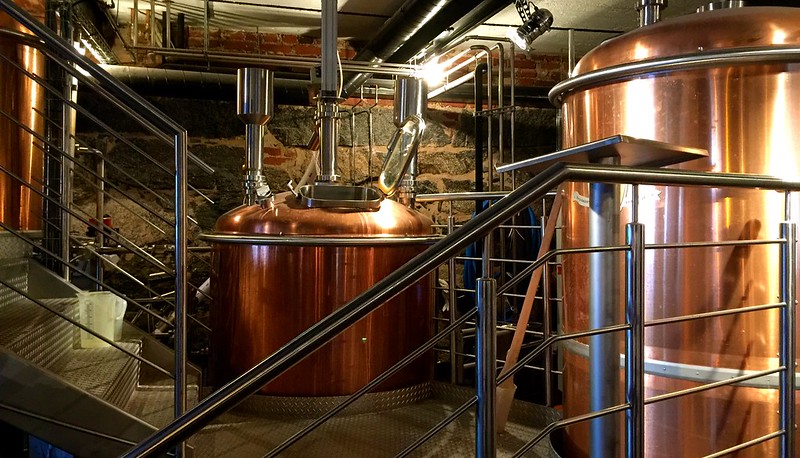 (The restaurant is also the brew house!)

Watch the Bock’s beer being brewed whilst you sit back and enjoy the in house food, fantastic!

The atmosphere inside the pub is very cozy and a great way to spend an evening.

Bock’s corner brewery is a great activity to do whilst on a trip to Vaasa with friends. 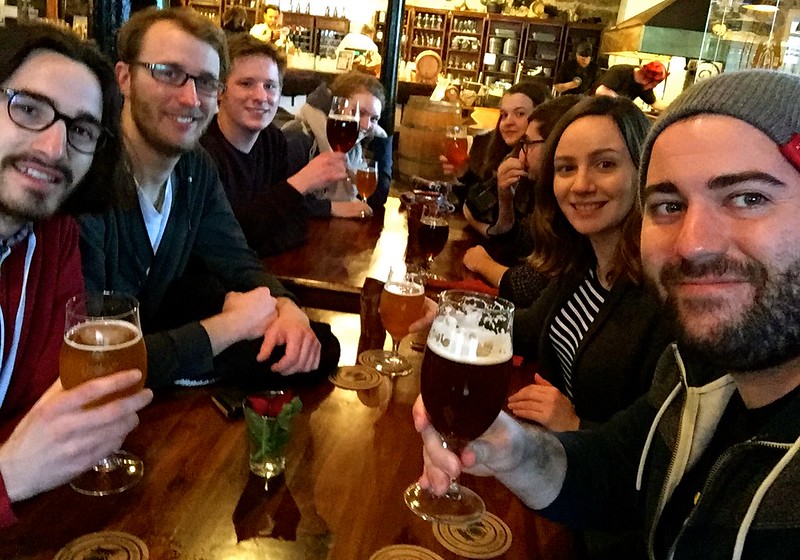 If you plan on visiting with a group of friends its best to call in advance, especially on the weekends and they are happy to reserve a table for you.

If you plan on travelling far to reach the brewery house this might be a smart idea to plan ahead.

During the weekdays they do have a lunch special currently priced at €9.50 which is perfect for a group of mates and you can check their Facebook page to see the daily menu for this deal.

On Sundays from 14:00pm they also have a special carvery offer which works out perfectly for large groups. 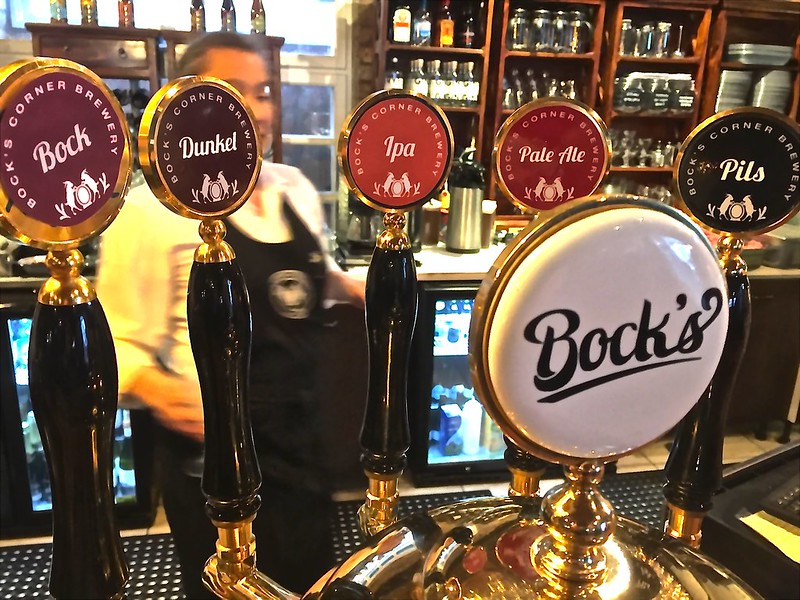 (Bock’s corner brewery has many of its beers on Tap)

Bock’s corner brewery is a microbrewery in size but yet they still have a wide selection of different beers on tap.

They have 6 in total:

During the winter season they also have a special Winter addition which is well worth a try if they happen to have it on tap. 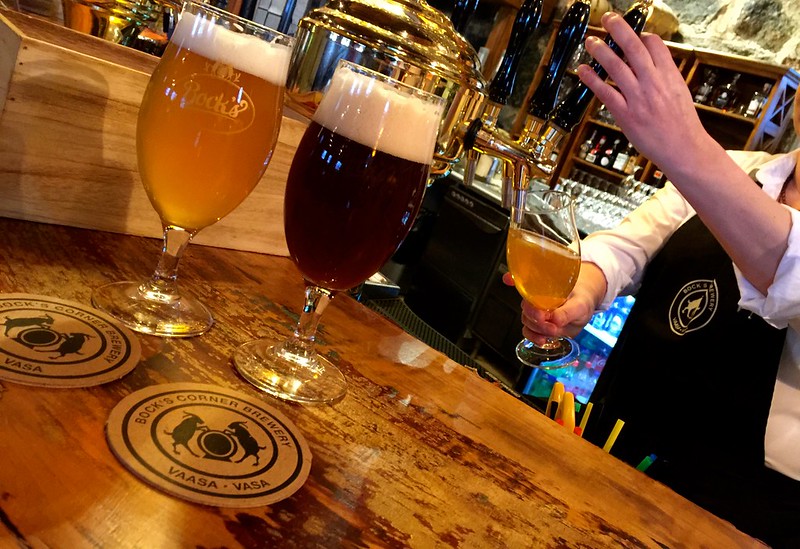 (Many beers to choose from)

BONUS:Here is a video of Bock’s corner brewery

I’ve put together a helpful video as well so you can see what it looks like and also a quick walking guide on how to get there. Enjoy!

Thank you for reading my Blog post about Bock’s corner brewery, I hope you found it useful. Please let me know in the comment section below If you’ve recently visited and share your thoughts on how you found the place. Happy travels!