After a long flight, you’re faced with a horrible problem, its next to impossible to watch the latest episode of your favourite British TV shows abroad.

Maybe you’re having trouble trying to watch a sports game such as Football, Rugby, Cricket, Tennis or F1? It does happen from time to time when you want to watch your favourite team in your own language.

But not to worry, Travel Dave is here to the rescue.

After a number of years armed with a laptop and no TV, I’ve often faced this problem all around the world.

I’ve had to face the fear of not being able to watch all the British shows or sports that everyone is going on about over Facebook and Twitter. 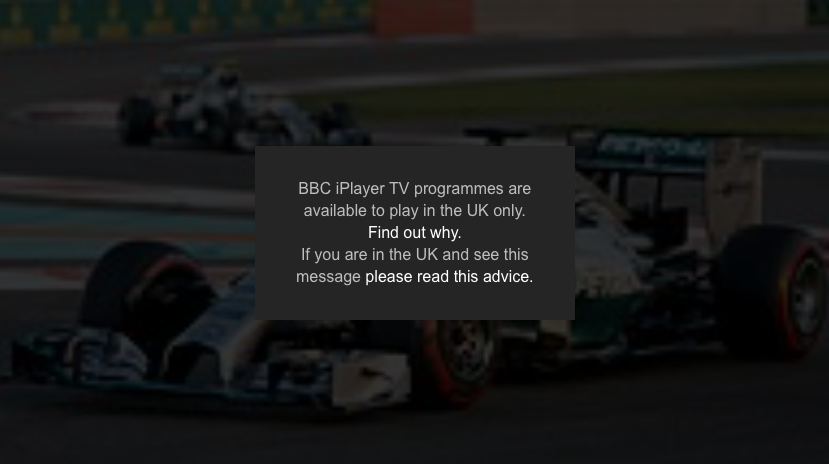 (Isn’t this moment annoying? You just want to watch and stream your favourite TV shows whilst abroad)

You don’t have to be left out anymore as there is a solution to solve this problem.

So let me first explain how it works and why you can’t access the content in the first place to help you better understand it all.

An IP address is a unique address that the LAN/WIFI hotspot you’re currently connected to will have. This tells the website you’re using to stream your content, what country you are currently in. Every IP has a fixed location.

This can cause you some problems such as:

• You’re in United Arab Emirates and can’t access Twitter.
• You’re in mainland China and Facebook is blocked.
• You want to stream BBC iPlayer in the USA and it’s blocked.

You get the picture.

But you can create A unique VPN which links your internet and computer to a server in the UK, USA or a number of other multiple countries from anywhere in the world.

This tricks the website you’re streaming from to think you’re in the country that you set up the VPN to connect too.

So Even though you’re in Iceland, your computer will now say you’re in the UK, Magic!

Without a VPN you will find it hard to use the following when abroad:

Some UK websites are also blocked overseas: like the national lottery or T-Mobile to top up your phone.

As you can see it is not just handy for streaming Online content, you never know what you might need it for on the road.

When using a VPN service you’re never left in the dark, you always have access to the content you need from your home country.

A VPN is also a safe way to browse the internet over open free WiFi networks which can be unsafe.

Easiest way to set up a VPN?

There are lots of ways to do it for free.

To be honest it can get rather technical if you’re not very tech-savvy.

That’s why I use Express VPN.

I was happy to discover Express VPN as it’s simple to use for both, PC & Apple MAC as well as portable devices such as an iPhone, iPad or on Android.

They even have an app to make it easier to use on mobile devices, how handy!

Why not give Express VPN a try?

If like me, you live abroad and want to use this service more frequently, then there is a monthly subscription or a yearly subscription which works out cheaper.

If you use my exclusive link for Travel Dave readers, I have a special offer of 3 months free Express VPN on top of a yearly Express VPN package if you opt for the yearly subscription in the link above.

This works out at being around a 49% saving compared to the monthly costs and works out at around $99.95 for 15 months, which is a complete bargain at $6.67 a month! It’s one of the cheapest deals around that you can find for Express VPN so be sure to make the most out of that exclusive offer.

Spread the cost out with a yearly package compared to the monthly and you’re only paying $6.67 a month, not much for what you get, unlimited streaming overseas!

It’s a very small price to pay if you use it every day as I do.

I’ve used free alternatives and they do work, but Express VPN just gives you that peace of mind without having to be technical with it’s easy to use the platform and top customer service when you need help.

It’s extremely easy to use too, You can turn Express VPN on and off with the app and it quietly sits on your desktop bar and activates with one simple click, it just works.

You can use Express VPN not only to consume UK content abroad but also many other countries content as well, such as:

And many many more!

This is great if you happen to watch Sporting events in other countries such as the Olympic commentary, the Superbowl or the world cup, as well as popular streaming sites in the US such as Hulu or HBO MAX.

Also, some streaming services such as Netflix have different content available in different countries, so you can switch between them and see what you can find.

You might also discover that some countries have cheaper subscription prices on some streaming services and could save big by switching countries on Express VPN.

The possibilities are endless

I recently had to Watch Eurovision with Dutch commentary, but by using Tunnel Bear I was able to watch it on the BBC which for me makes it more special.

Just a note, I’m not being endorsed by VPN Express in any way its the service which I use and enjoy using.

So there you have it, you can access Twitter in UAE, check your Facebook in China and watch your favourite British TV shows in the US.

If you happen to be travelling to China and looking for a good VPN, then I have a whole blog post offering different advice all about how to stream content in China worth checking out.

Disclamer: Many countries have laws restricting these types of activities, so make sure you’re following the guidelines where you are to avoid landing into any trouble.