On my recent visit to Seoul, South Korea I was looking into top attracts and things to do.

I was quick to discover that at the top of most visitors list’s is to the DMZ Korea.

Why would you want to visit an area such as DMZ Korea?

It seems to be one of those places that you get shuffled along to on a tour bus and have to question your own reasoning to why you opted into the visit in the first place.

North Korea has always interested me, this cut off nation that doesn’t let out much in the western world and recently had a Hollywood film based on this mystery.

For this reason I feel this is what most interests visitors to the border area that is the DMZ Korea.

The mystery, and apparently a visit to the DMZ Korea area is one way of getting closer to this cut off nation.

With this enigma in mind, I decided to go myself and check it out.

How to travel to the DMZ Korea area from Seoul 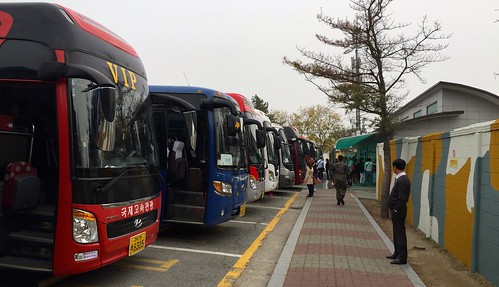 First of all, in order to enter DMZ Korea, you will have to go with an organised tour group, it’s next to impossible to enter DMZ Korea unless you take this option. I booked my DMZ Korea tour with Seoul City tour They have an English website and daily departing tours from the city centre of Seoul to the DMZ Korea area.

You will need your passport to enter DMZ Korea 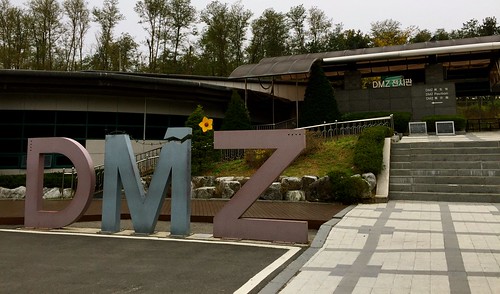 (You will need your Passport to enter the DMZ area)

REMEMBER! You will have to bring your passport to enter DMZ Korea area, this is important or you will simply not be allowed to enter the bus as the company has taken responsibility for you throughout the tour and they will check your passport on entry to DMZ Korea. 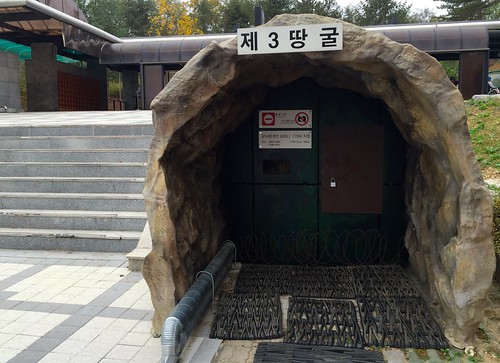 The third Tunnel of Aggression was a tunnel constructed by the North Koreans to launch a surprise attack on the South Koreans. The Tunnel is said to be able to hold 30,000 soldiers at one given time, which shows the pure length and size of the tunnel.

Three other tunnels have been discovered and there are said to be another 20 or so somewhere.

North Korea says the Tunnels purpose was for coal mining.

The car park has wifi and a North Korean gift shop if you Don’t fancy going down a tunnel and want to check into the DMZ on Facebook instead.

Look out station, See North Korea through a Periscope 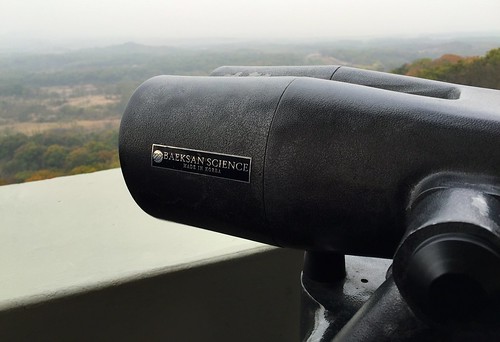 (See North Korea for 10 minutes, bring a 500 Won coin to use the Periscope’s)

For 500 Won you can head to the Lookout tower and pay to rent a Periscope for 10 minutes and look at North Korea.

I sort of found this very confusing as 500 or so tourists off loaded off tour busses and swarmed the look out areas 30 or so Periscopes to quickly grab a glimpse of North Korea. 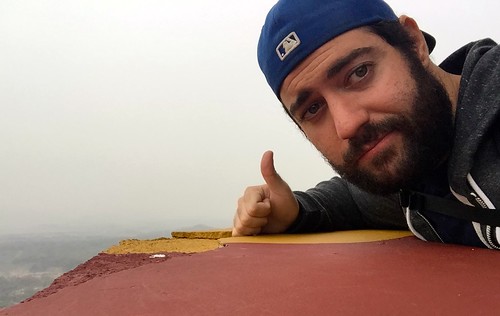 (Travel Dave and a foggy North Korea in the background)

The day was foggy and you could barely see North Korea or its world biggest flag pole flying the North Korean flag (Since this title has been taken over by Saudi Arabia).

You could see South Korean guards keeping a lookout in North Korea by the side of the tourist Periscoping area. The guards were doing it as their job, we was doing it for fun.

I kept on asking myself, every time I’ve used a Periscope in the past was to look out at world of wonders from a distance, this time was simply to look at a country?

I found the whole experience very confusing, especially as so many people were in high demand to look through the periscope.

I’m not sure what you wanted to achieve through the viewfinder?

I wondered to myself, if North Korea had the same tourist attraction were north Koreans could pay to look at South Korea through periscope’s? Or if they simply looked on with confusion at what was the big fuss all about and why would people would even be bothered to do such a thing.

The real truth of the matter was that this area was a very dark place, you could see signs of conflict and a feeling of tension was present.

The look out area is a much quieter place now compared to the past. Both sides used to blare out loud propaganda music at each other, they recently put a stop to this and it remains a cold silent place.

I know for sure this was not a place I would want to hang around for much longer. 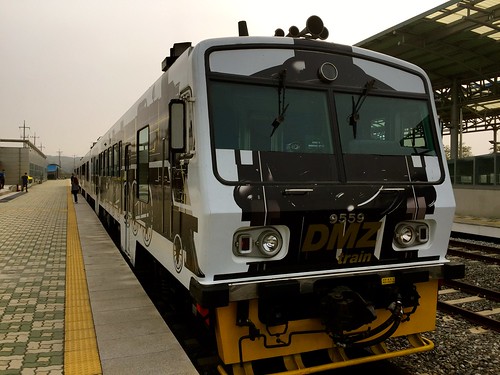 The Dorasan railway station was constructed by South Korea to open railway links to help with speeding up trade with Europe. Currently it takes months to ship goods to Europe whilst using the railway connection only takes a couple of weeks to reach Paris. 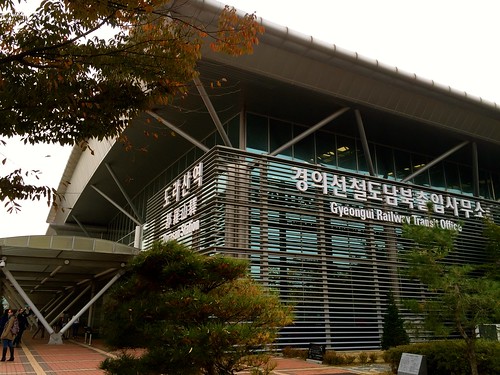 The train stations purpose is not in use as North Korea closed the connection off some years ago.

Instead the train station is visited by tourists as part of the DMZ tour.

Remember to get your North Korea Train Station stamp on the left as you enter, I wouldn’t recommend putting this one in your passport. 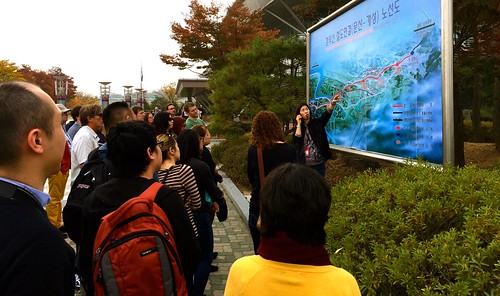 (The Plan was to link up South Korea Trade to Europe with the train station through Russia, which takes a quicker two weeks compared two months on a boat, the plans fell through)

Now the train station is used to link the Seoul central station with the DMZ and they have one departure every day, yes, that’s correct, the whole station only serves one departure.

As you can only enter the DMZ with a tour group you are unable to buy a ticket for this once a day railway connection. 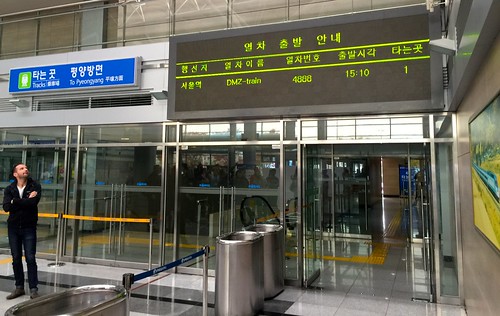 (The one Departure every day that you can’t get on)

I have to say this is the most pointless railway station I’ve ever been to, it only serves one route and no one can use that train along that route.

Lets hope that its main purpose and focus of uniting peace between North and South Korea is back in operation very soon in the future.

The DMZ is a sombre place for Koreans 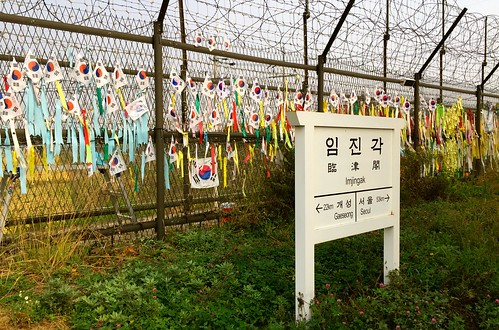 Visiting the DMZ in Korea with a tour group was a very interesting experience on my recent visit to Seoul South Korea.

It should be a respected place to bridge peace, especially for those who struggle to keep in contact with families on both sides, you can see this present in many areas of the DMZ where relatives struggle to cope with not seeing family members who are on different sides of the DMZ.

Its a tense place with guards on every corner and you can see that its not an easy situation to deal with.

Is this a place for tourists to visit? I’m not sure. To use as an educational tool to create and bridge understanding and promote peace? Of course, but this is not achieved through a Periscope.

It’s not something you would typically do on a holiday either, I’m used to seeing the history of conflict in museums not whilst it’s in place actually happening.

I wouldn’t advise visiting if you have limited time to spend in Seoul as the city itself is amazing and you should spend as much time as you can explore it.

For those who are fuelled by curiosity, by all means explore, I found the experience lacking in substance and was left questioning it’s reason as a visitor attraction.

I hope you’ve found this blog post useful and helps towards your future planning to DMZ Korea. Please feel free to leave a comment below in the comment section if you wish to ask any travel questions or wish to share your own experience of visiting DMZ Korea. 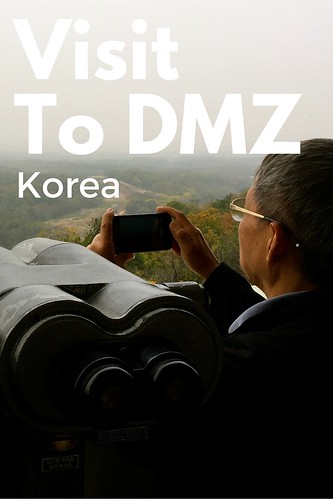