If you’re looking for a long weekend escape destination in Europe, be sure to check out the city of Gdansk in Poland.

There’s plenty on offer for visitors to do and see there, especially in the stunning picturesque old town where you can wander around the back streets all day long.

The city is located along the Baltic coast and has a rich maritime history that dates back to the 10th century.

Gdansk feels like a mixture of Copenhagen and Amsterdam as the city planning was based on a Dutch design, and you do get that vibe from some of the buildings as you walk around there.

The city itself was sadly destroyed during WWII but has since been rebuilt back to its former glory almost to exactly how it was before without losing any of its old-time charm.

Be sure to also check out the beautiful places outside the city of Gdansk. You can explore along the Baltic coast and visit the close-by towns of Sopot and Gdynia and the Kashubia region.

Here is my travel guide to help you explore the city and region of Gdansk, Poland.

Where is the city of Gdansk? 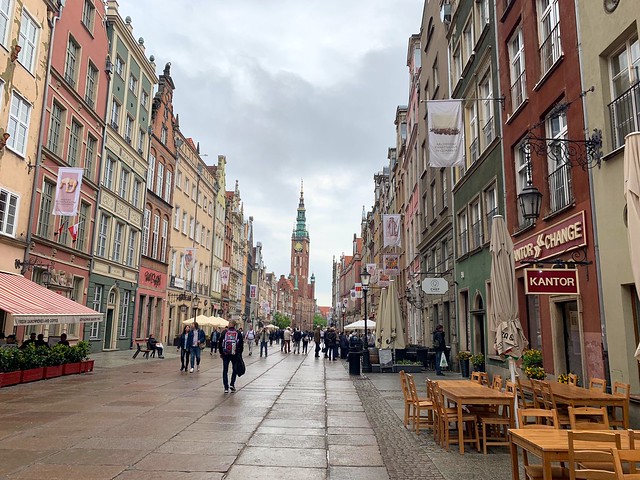 First things first! Gdansk is located in the north of Poland on the Baltic coast in the Pomorskie region. With 50 direct flights from 16 countries, the city is well connected from many parts of Europe.

Around a 3 hours’ train ride away to the west from Gdansk, you will find 300 kilometres of sandy beaches which line the Baltic coast of Poland from Ustka to Leba.

If you have a spare day and you’re up for an adventure, you can also do a day trip from Gdansk to the Peninsula of the Vistula Split which is a seaside strip of small communities. The area can be accessed by car, bus or boat.

Where to stay in Gdansk: Waterlane Apartments at Dom & House Apartamenty 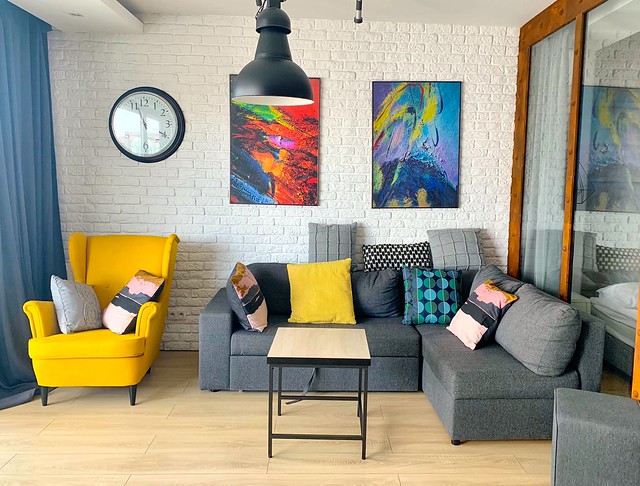 Why not book a relaxing apartment hotel stay whilst in Gdansk? I checked into the Waterlane Apartments at Dom & House Apartamenty which is only a short 5 minutes’ walk away from the old town of Gdansk.

The apartment hotel offers wonderful river views and even has a spa with a swimming pool, jacuzzi and saunas, which you can use to make your stay in the city extra special.

It’s always nice to feel more at home even whilst travelling by staying in an apartment with additional facilities. 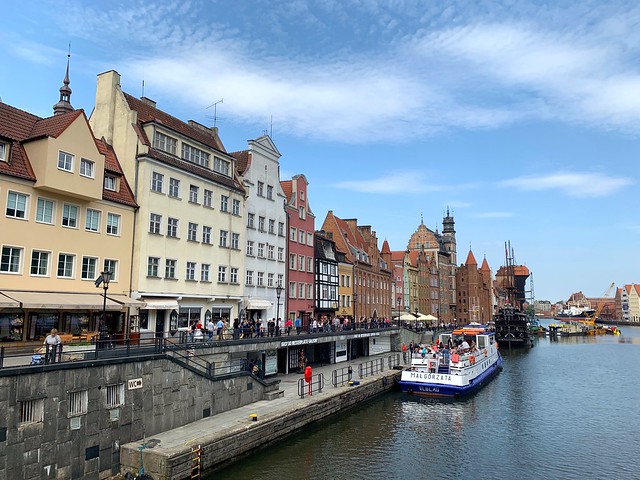 My trip to Gdansk took me by surprise. The city is full of rich medieval history, charming backstreets to wander down, wonderful local cuisine and endless nightlife to choose from.

It’s a perfect location for a weekend escape by the Baltic coast.

Gdansk has two museums worth visiting 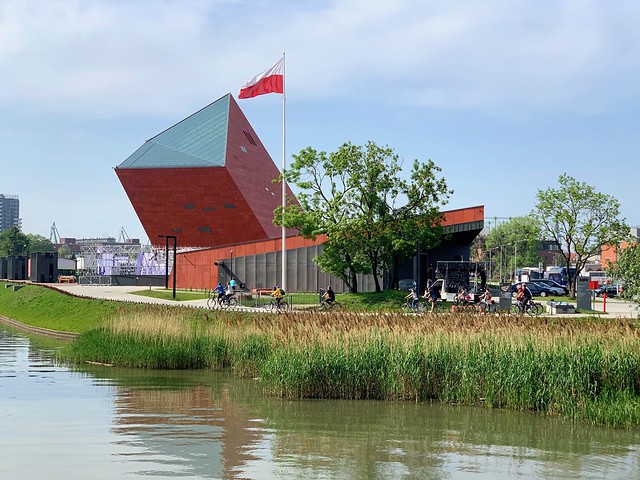 Normally on a city break, I wouldn’t visit museums due to lack of time, but if you can set aside some hours to visit both the Museum of Second World War and the European Solidarity Centrum, you won’t be left disappointed.

Gdansk has two world-class museums which will teach you all about Poland’s history.

The WWII museum is a new addition to the city of Gdansk. Opened in 2017, the architecturally impressive building has around 23,000 square metres of floor area.

World War II started in Gdansk and today the museum stands there to remind people of the horrors that should never be forgotten.

The exhibition presents World War II in modern ways through the fates of ordinary people as well as from a political perspective.

I think that the museum is really well put together and you get a good sense of all the things that happened at the time. On Tuesdays, you can visit the museum for free, and it’s open from Tuesday to Sunday.

This museum should not be missed, it gives a good insight into the history of Poland.

This social movement became the first independent labour union in a Soviet-bloc country and used civil resistance to advance the causes of worker’s rights and social change. It is considered to have contributed greatly to the fall of communism.

You will learn all this in the European Solidarity Centre (ECS), which is both a museum and a library located just outside the entrance to the Gdańsk Shipyard. T

he ECS was opened in 2014 and is devoted to the history of the Solidarity movement as well as other opposition movements of Communist Eastern Europe. It’s an interesting place with a beautifully presented exbition.

This museum gives a good view on Poland’s more recent history and is for sure worth visiting on your trip to Gdansk. You can enter the building for free but there’s an entrance fee for the exhibition. Be sure to take a few hours to walk through the exhibition.

Exploring the old town of Gdansk on a walking tour 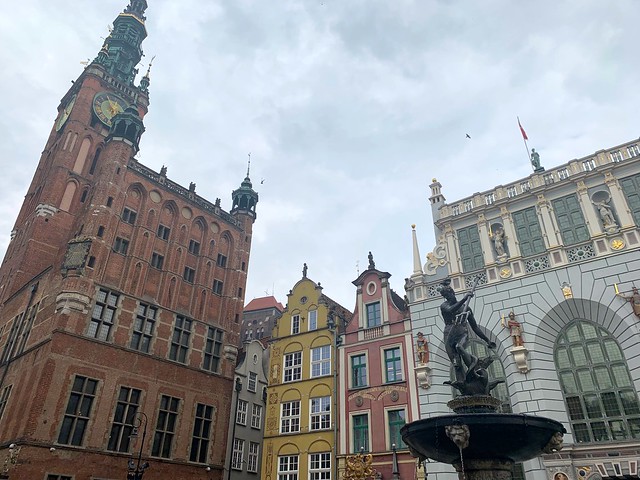 In the old town of Gdansk, you will easily find the most popular landmark by following the crowds that flock to the Neptune’s Fountain statue in the Long Market. This bronze statue of the god of sea is surrounded by colourful and ornate houses, and the area is a popular place to take pictures during sunset. From here you can start your walk to explore all the main attractions in the old town. 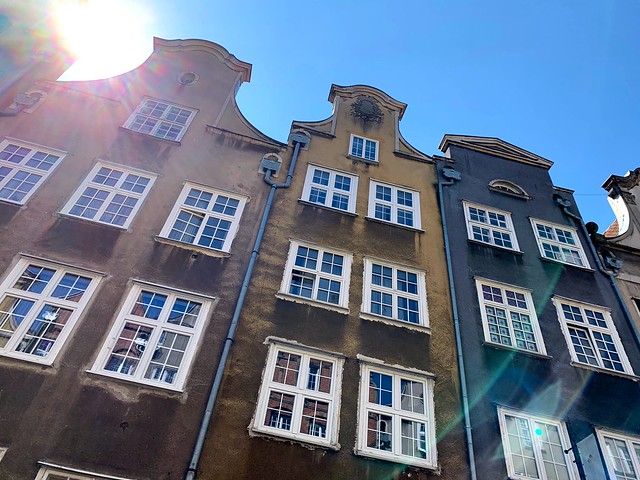 Why not take a private walking tour to learn more details about the history of Gdansk? There’s something waiting for you around almost every corner, and it’s an old town you can spend a few hours easily walking around. 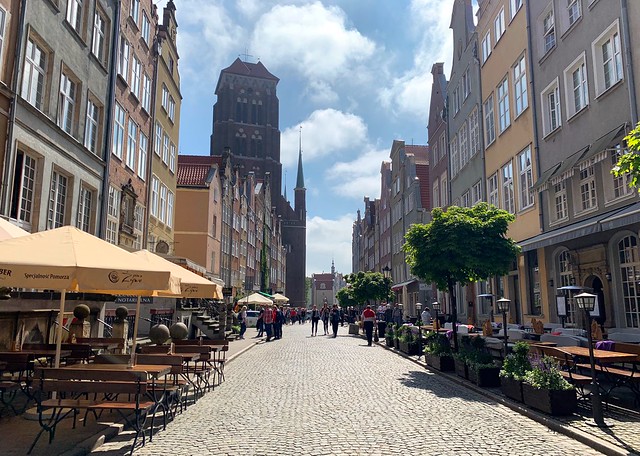 The priceless architectural complex, rebuilt after being destroyed in the maelstrom of the war, presents the past glory of Gdansk as the richest city of the Rzeczpospolita (the Republic of Poland) in the 16th and 17th centuries.

During that time Gdansk was one of the most powerful trade, scientific and cultural hubs of Europe and you can get a sense of that from the old architecture. 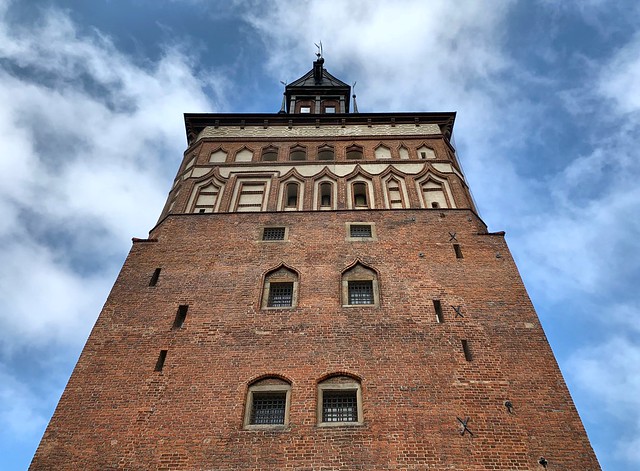 The many gates in Gdansk represent the old times when the city was defended from outsiders. Be sure to walk into the old town through the Golden Gate which was built between 1642-44, destroyed during WWII and restored finally in 1997.

Close to the riverside at the other end of the old town, you will see the Green Gate, which is a magnificent building with four archways.

It was built as a palace for Polish monarchs, although it is said that no Polish king ever stayed there. However, the former Polish President and Solidarity movement figurehead Lech Wałęsa had his office in the building.

After the walking tour, try some tasty Polish cuisine in any of the restaurants and grab a local beer to go with your meal – you won’t regret it. I enjoyed a wonderful dinner at the local brewery restaurant Piwnica Rajców. 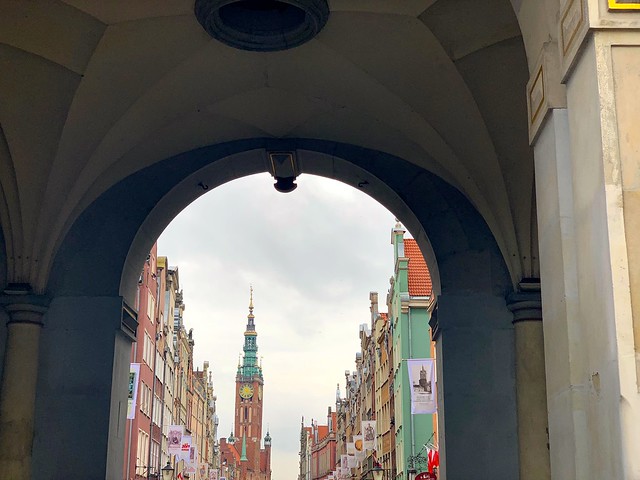 There are also many ice cream shops and cafes with delicious cakes and pastries in the area to satisfy your sweet tooth. In the evening you can grab a drink in the many bars and restaurants in the area.

If you’re looking for gifts to take home, why not buy a piece of amber jewellery from one of the jewellery shops? Amber is very popular in the Gdansk area and you can even visit an amber museum to learn more about this Baltic gold. 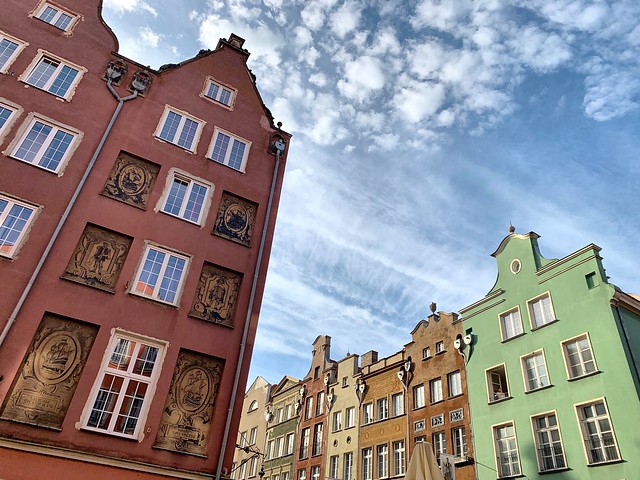 Fancy seeing the riverside of Gdansk on a boat? You can take a boat tour along the Motlawa river and enjoy your day. You have a few options between local tour operators which you can find by the river close to the old town.

Don’t forget to simply enjoy and get lost in the beautiful back streets of Gdansk. You never know what you will find around the corner. 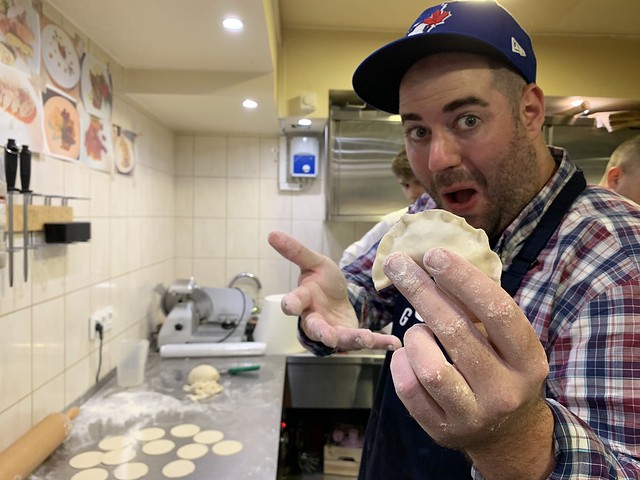 A great idea and fun way to spend your time in Gdansk is to take a workshop in making traditional Polish dumplings. I went to restaurant Gvara, located in the old town of Gdansk where you can take part in a class.

I think I did a pretty good job at it once I learned the swing of it. Learning the secret grandma technique and the recipe was key to success to make the perfect Polish dumplings.

Great way to cook, learn and eat these tasty and traditional local treats in Gdansk.

Make a day trip to the coastal town of Sopot 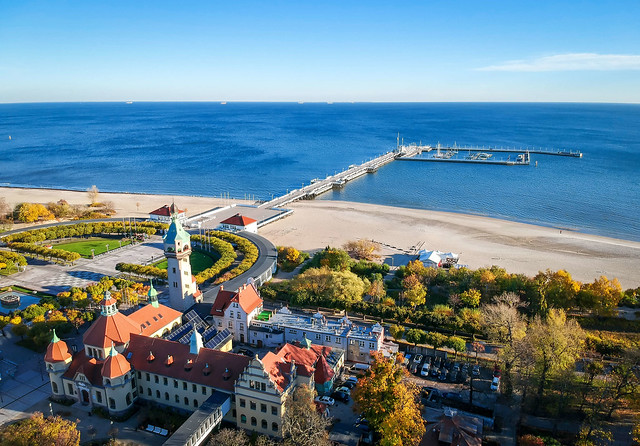 Close to Gdansk, you can find Sopot, a coastal town along the Baltic which offers hours of endless entertainment and fun. In the past, many locals enjoyed the spa and wellness facilities on offer which are still here today.

Remember to also check out Europe’s longest wooden pier that you can walk along during your visit. Enjoy a gentle stroll, restaurants and trendy cafes. There’s much to do during a visit to Sopot. 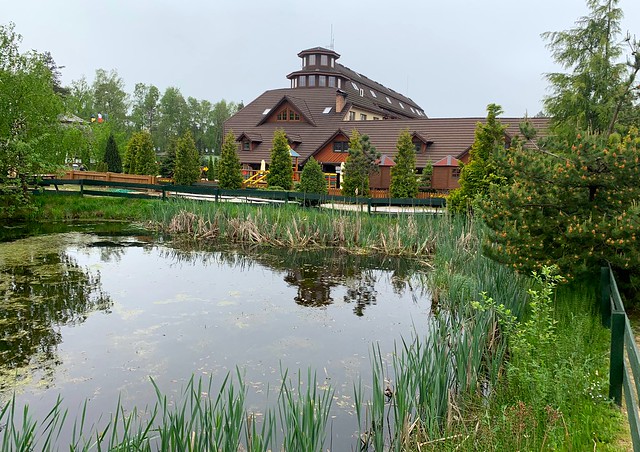 The Kashubia region is also referred to as the Kashubian Switzerland. The region prides itself as being the most picturesque region in Poland and it’s only a short drive away from Gdansk.

Full of green hills and endless blue lakes, this area is worth discovering. Hop into a rental car or grab a bicycle and explore the area on a sunny day.

The Kashubian people are one of the largest ethnic groups in Poland with a rich and in-depth history, folklore and tradition. They even have their own unique language.

The regional cuisine consists of venison and a selection of fish combined with cranberry sauce and local unfiltered beers. 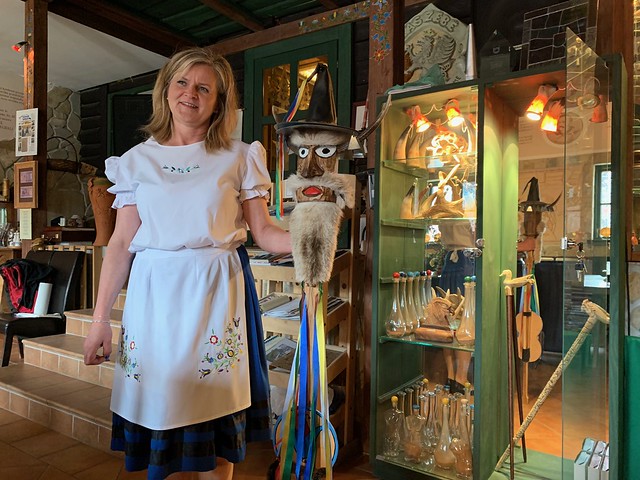 Enjoying Kashubian snuff is also a popular past time activity in this area.

All the of above can be learned at the Regional Centre of Education and Promotion in Szymbark which is like a large open-air museum with different buildings.

Here you can find out about all the places in the world where the Kashubian people have migrated to as well as see the longest piece of cut wood in the world and even an upside-down house.

There’s lots to see and do at the centre and it’s worth checking out.

Thank you for reading my blog post about Gdansk 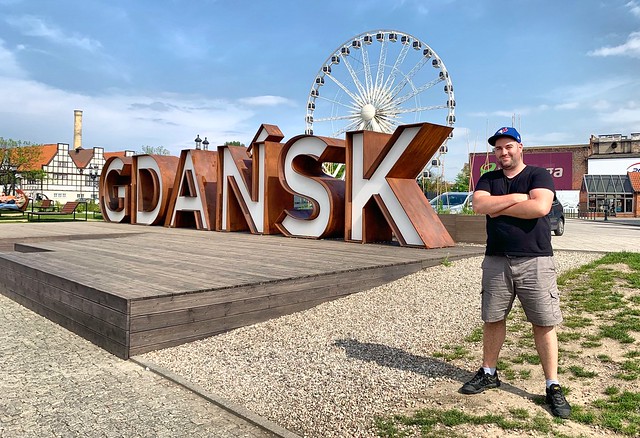 Thank you for passing by and checking out my city guide to Gdansk, Poland, located along the Baltic coast.

I hope you found all the information useful and you’re excited to visit the city soon.

If you have any further questions, feel free to send me an email and I will be more than happy to help. Have an awesome trip to Gdansk.

Be sure to watch my video of Gdansk