After two years of living in the Netherlands I’ve learned to fall in love with the Dutch, here are 12 things I’ve picked up on over the years which I’ve found to be different and interesting.

1) Get the work done, then Drink after 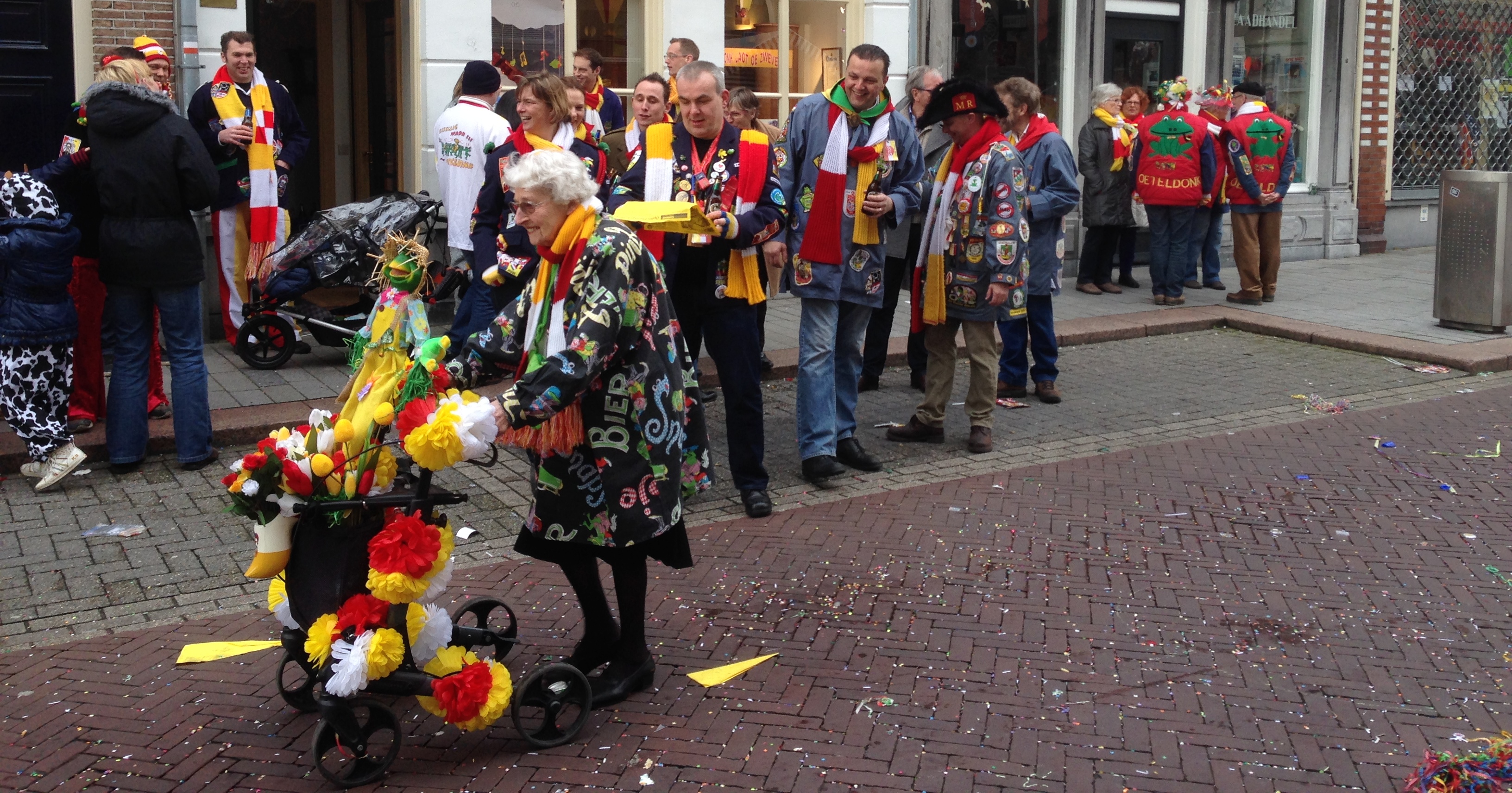 Dutch people don’t like it when you’re late to a meeting and especially when you start with small talk.If you have a task at hand, get it done first, once the work is finished, then it’s time to celebrate. This is something I’ve picked up both in a study environment and work environment.

I’ve learned to enjoy this way of working as you can work hard, then play hard. The Dutch do play hard once everything is finished. Just try to catch up as going out for one beer in Dutch is never just one beer, especially if your chit chat is going well. This is one of the biggest reasons why I would always like to work with a Dutchie in a working environment, they make great working buddies. 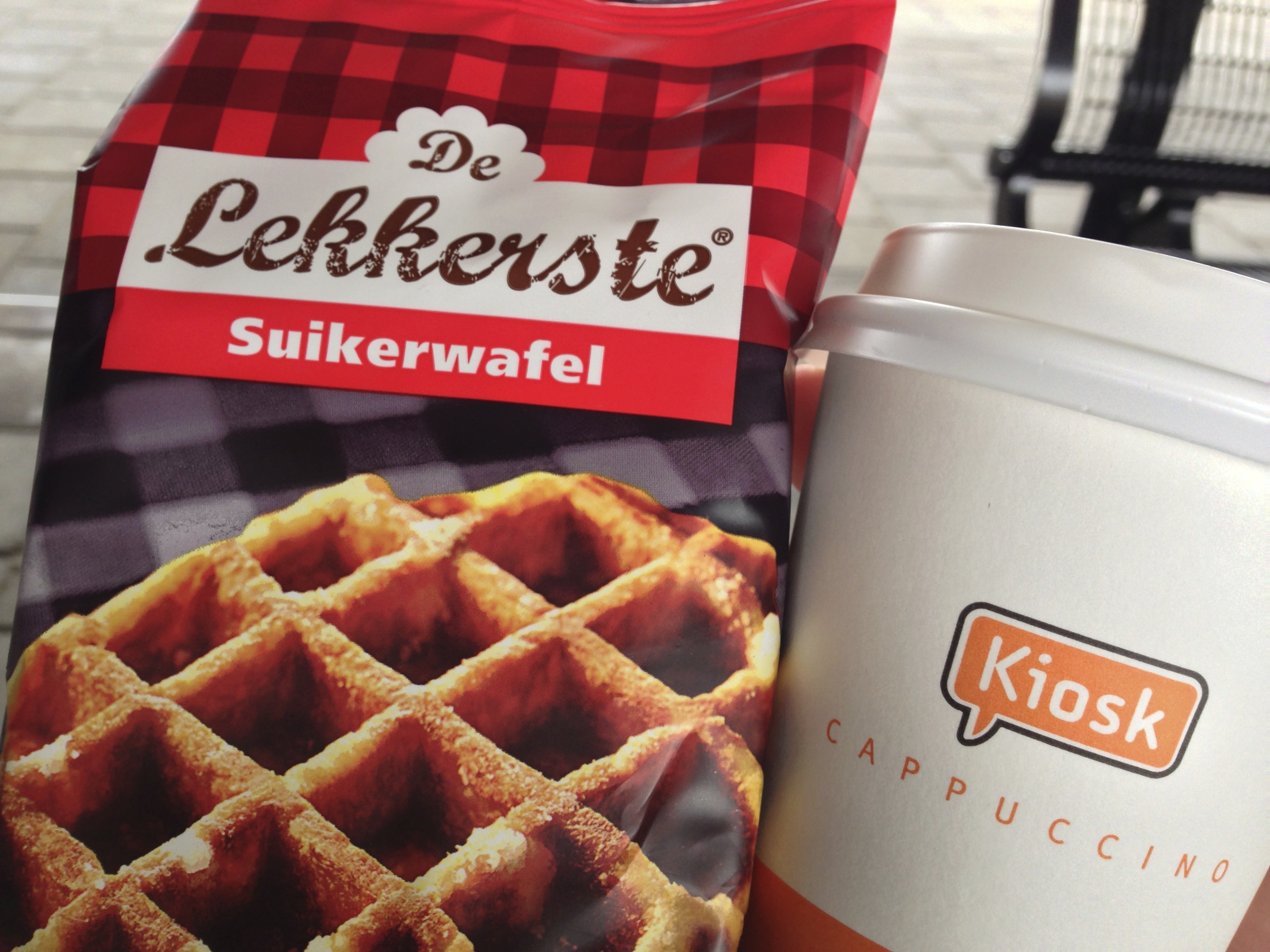 I’ve often known Dutch people to do their banking in person just so they can pick up a free coffee. The Dutch really love “free coffee culture” in supermarkets and public places, even at the opticians!

The only problem is, its so bitter and horrible, I wonder why they even bother? Even Kiosk Coffee which comes at a premium price is just terrible. Maybe it’s me being from London, but at least the Dutch can drink coffee all around the world and it would taste amazing. 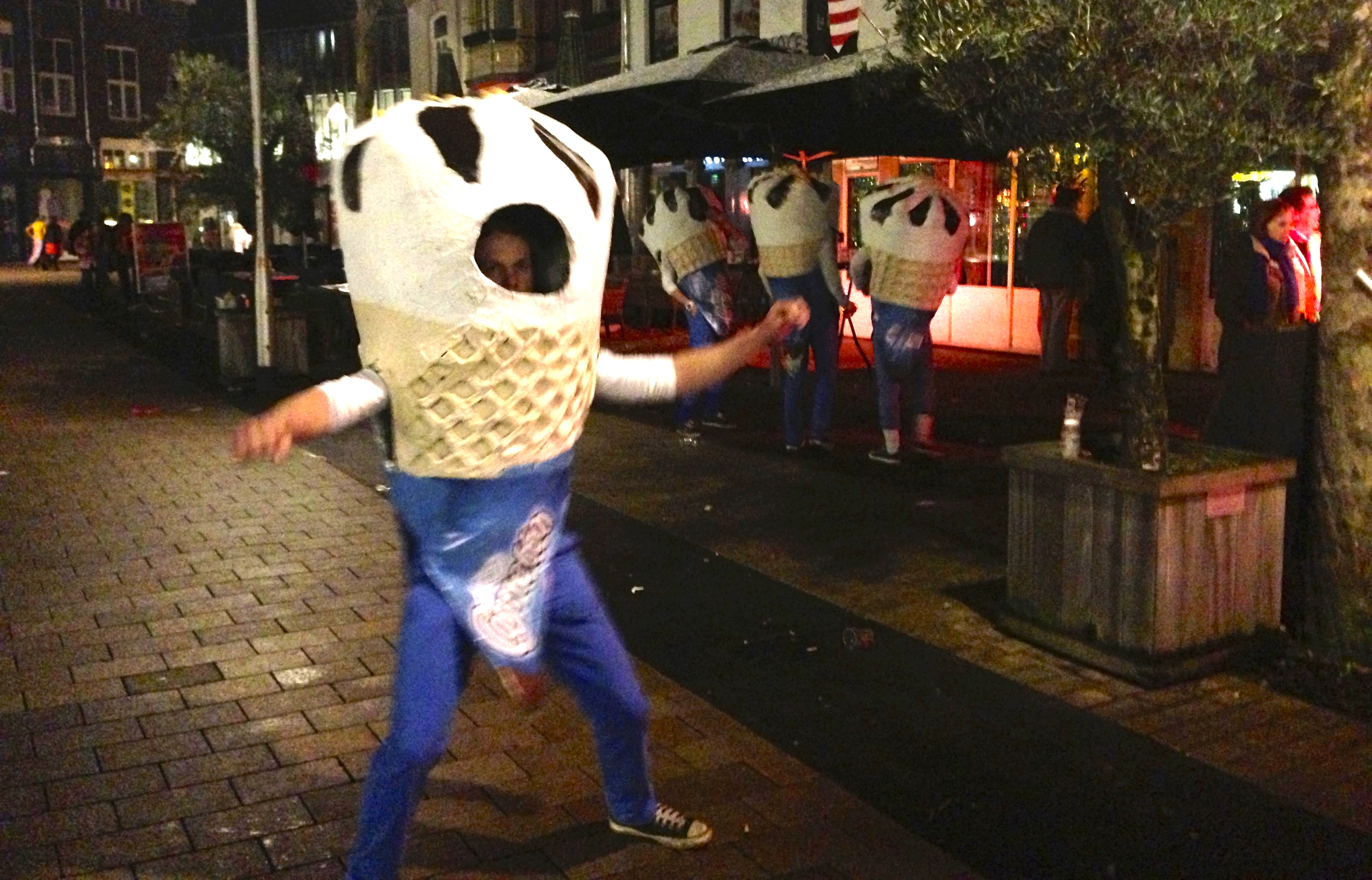 After many years of dancing in the UK I had to chuck all my skills out the window.

After dancing away in a bar I quickly noticed everyone was giving me funny looks. The Dutch have developed a unique, no bullshit dance move called the fist pump. With your one clenched hand, pump it into the air along with the flow of the music. It took me 10 minutes to alter my moves to master the art of Dutch dancing. Dutch Music is mostly boom boom boom anyway, so this way of dancing just fits, trust me, blend in and you will go far.

4) Picking up a Dutchie 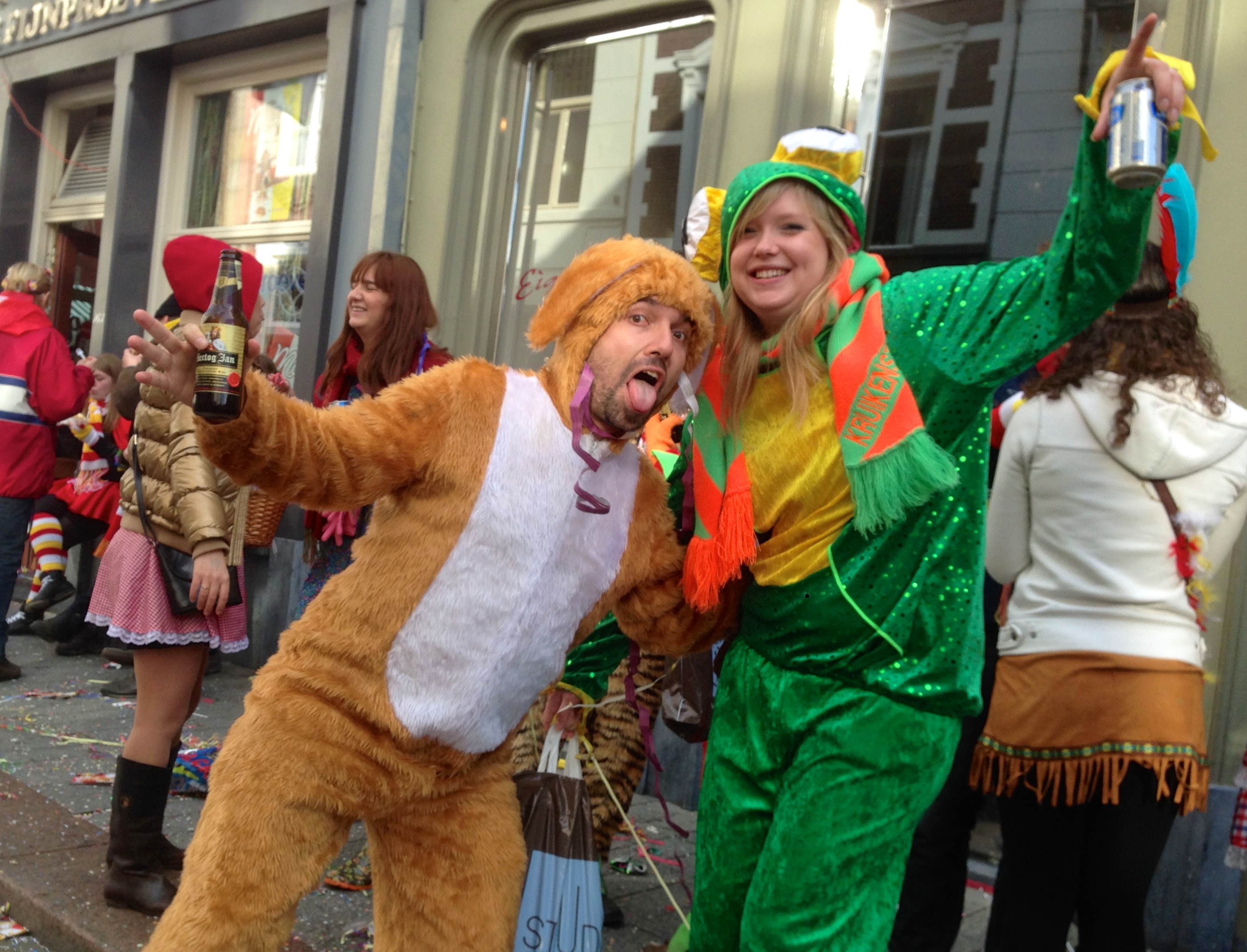 Unlike in the UK where you can walk up to girl and spark a conversation this is a no no in the Netherlands. They will look at you like your weird or from another planet. The Dutch like to seek what they want, then send some signals that they want you to come over and chat, so keep an eye out. If you never know this being an international can be very difficult to meet the locals. If all else fails, you can always try your luck on Tinder.

For International ladies, its very easy to get a Dutch guy on the back of your bike by the end of the night, just show some interest in him, crack a few jokes about his hair and the Germans and your in! Simple!

My favourite part about my Dutch friends is how direct they are, they say it like it is, no bullshit and straight to the point. While some cultures find this hard to take, I think it’s amazing. If your hair looks funny or you’ve done something wrong, they will just tell you straight up. If they are not happy with something you have done, they will tell you not out of anger, but in a way they want to resolve the problem rather than keep it to themselves. This is something I’ve learned to love as you can be very honest with the people around you and they take it as feedback rather than offence as they wish to get the same from you, Dutch people can make great friends. 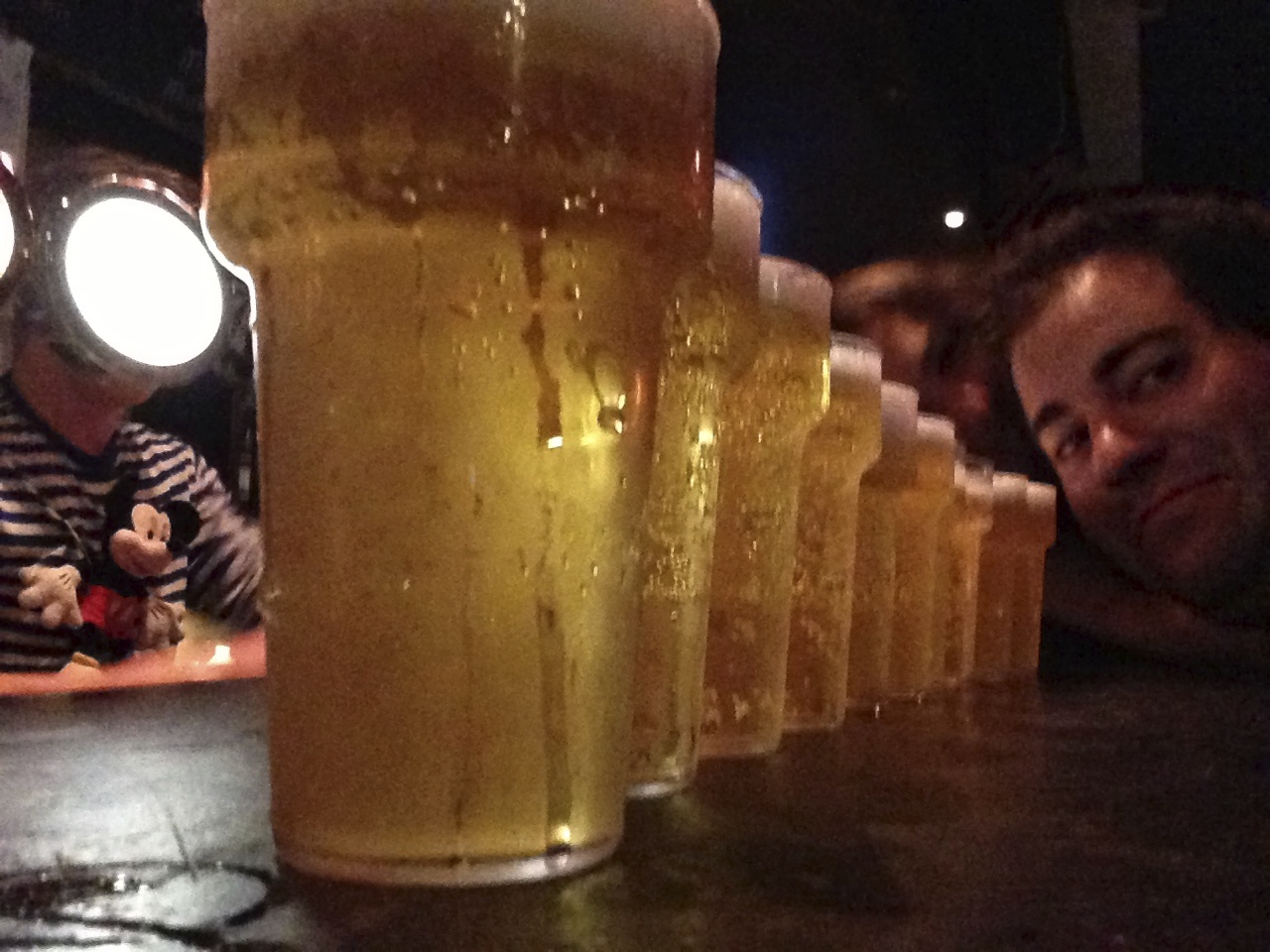 They will say Hienkien is shit, they will admit Belguim beer is better, they are very honest about enjoying the best quality in beer but in small volumes. This was something I had to adapt to rather quickly. Beer is often served in half pints and if you order a full pint you get funny looks unless its a hot summer Day and you have ordered a Weizener during your people watching session out on the bar terrace, (Dutch people love these chatty meet ups btw). 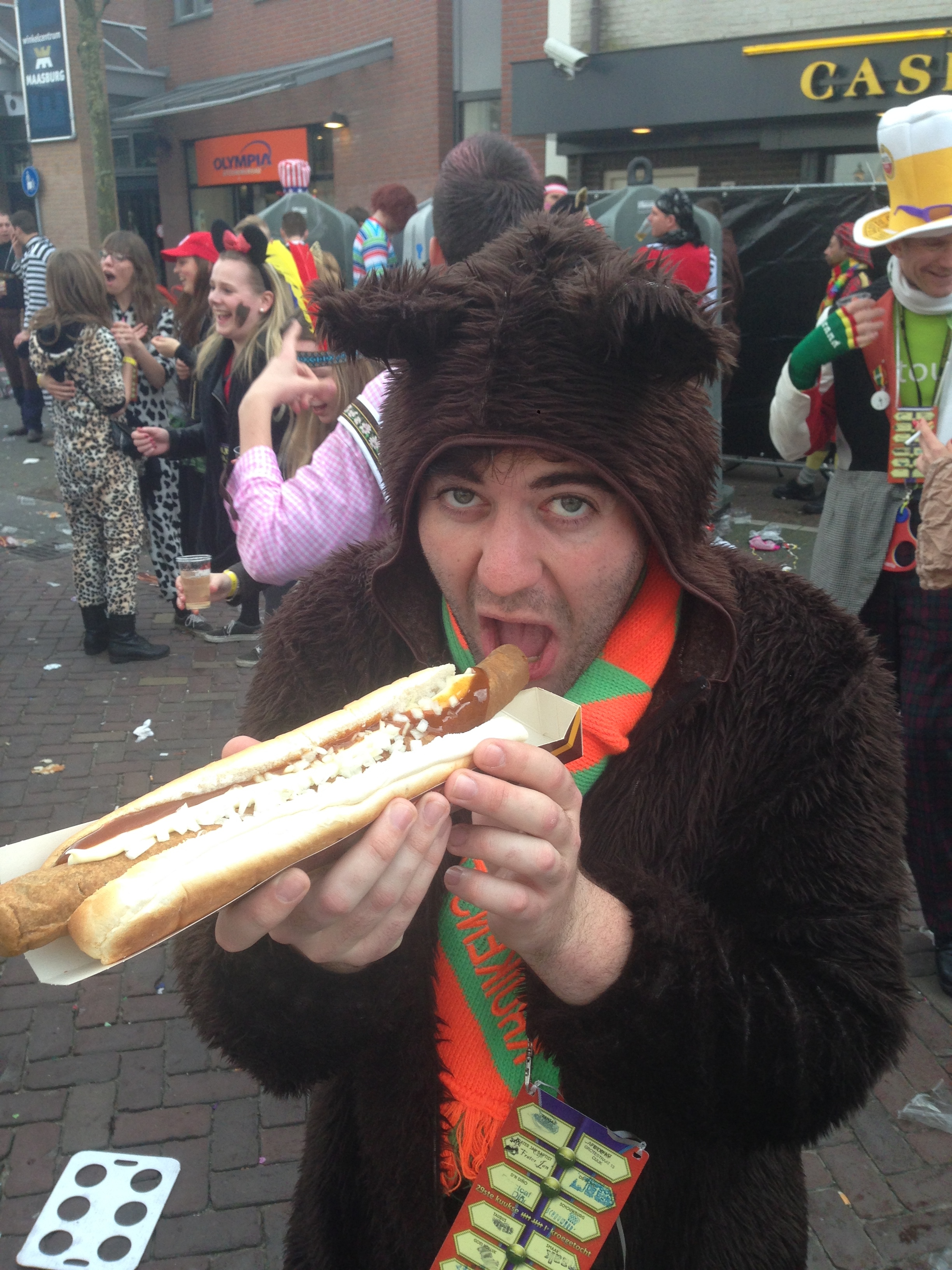 The Dutch are addicted to fried snacks, its like a guilty pleasure that everyone enjoys, its like home food that works in all situations. The only problem is trying to master the correct selection for your current mood. With so many variations of snacks along with the endless amount of sauces (don’t get me started on the sauce) you could find yourself lost mastering the art of exactly what you want. Gather a group of friends, order a big bag or fries and a large selection of snacks and hope you don’t get stuck with the Friekendel Special because the onions will put off the ladies. 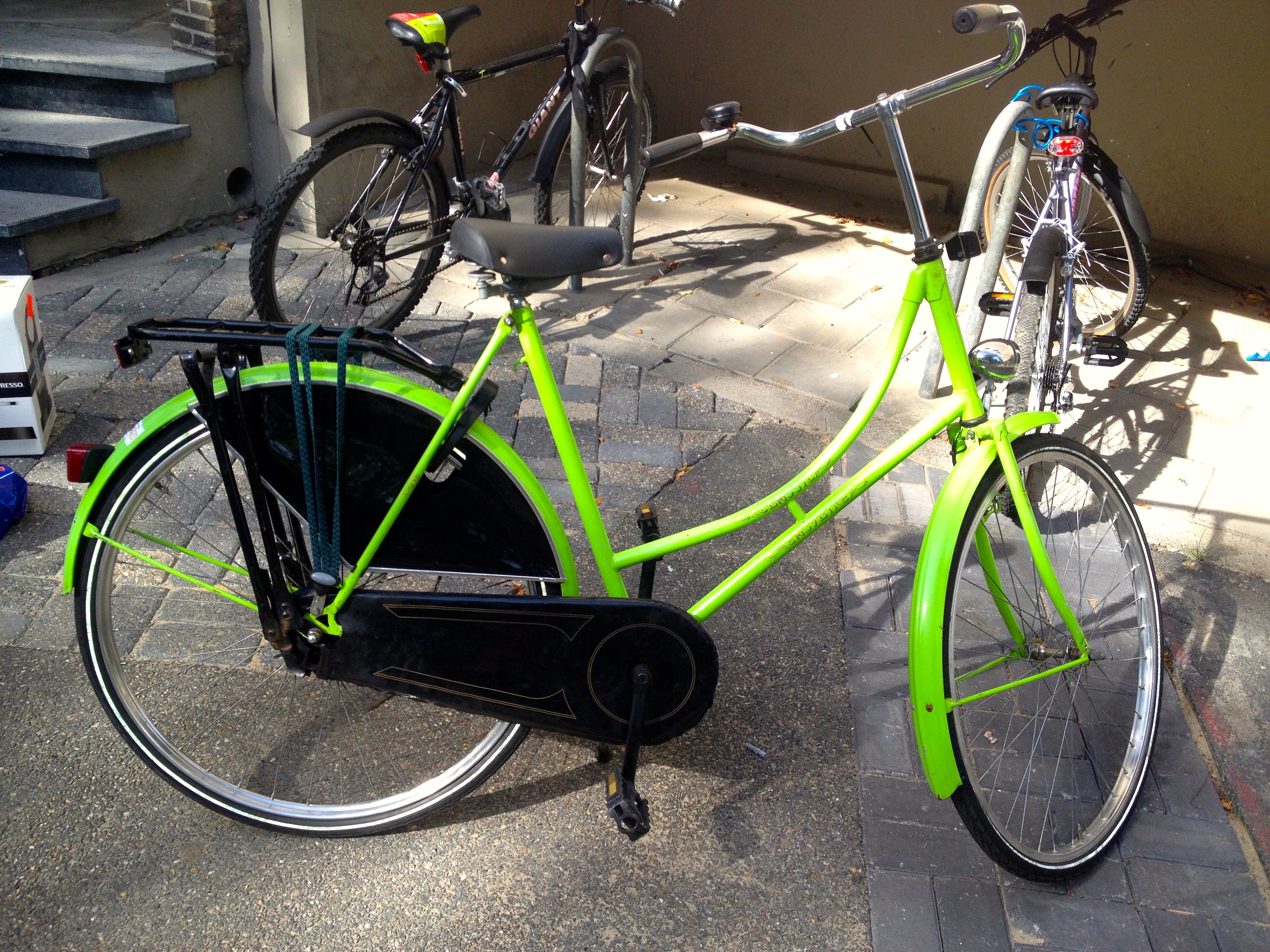 The Dutch have no need for cars, Trains are well connected all over the Netherlands (unless you’re caught in a horrible delay) and with bicycle networks so well in use you will never need a car unless you have just picked up a gratis sofa on a market space. The Netherlands is one of the rare places where a car will stop for you as you cross the road on a bike path. Bike is king here and everyone respects that, just remember to buy a cheap shitty bike with 4 locks and you will never have to worry about it going missing (touch wood). 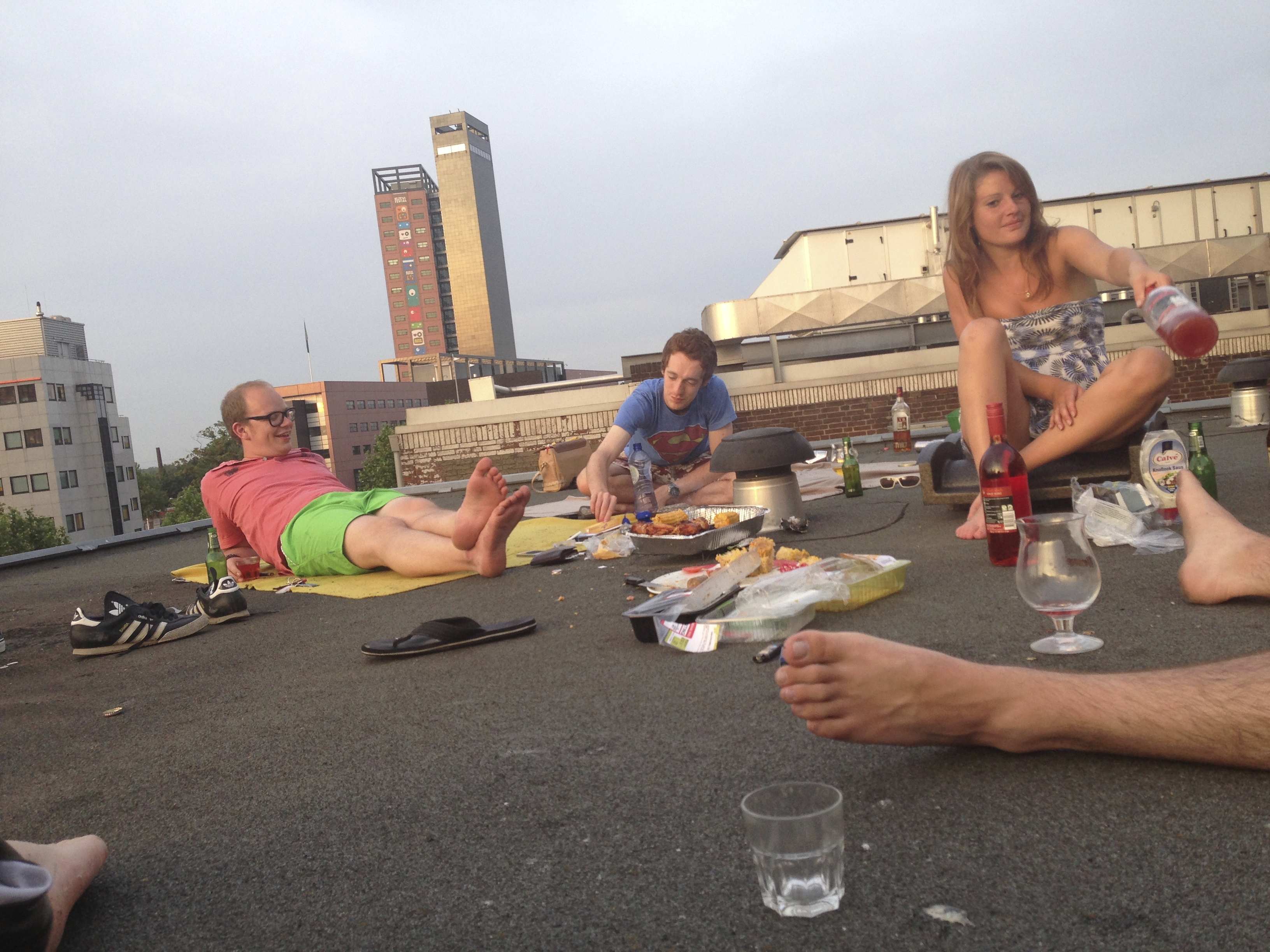 The Dutch always split everything, if you’re out with a Dutch friend and offer to pay this could easily be seen as offensive, especially if you’re being persistent. It’s very common to split bills with the Dutch so you’re both on equal terms (this is very bizarre for the British who normally fork out sometimes). When out with friends, make sure you keep track of who brought you beers because you should buy one back for your Dutch friend. Its like you understand the Dutch code even though you’re just buying back what you’ve already been given. They are kind of hesitant to buy Internationals beer just in case they do a runner.

When living in a Dutch house be prepared to sign up to a pot called a Wiebetaaltwat, this ensures that if you offer to cook a meal, everyone splits the bill equally around the dinner guests, this is like an investment for the future to ensure you get future cooked meals with your housemate and equally split toilet paper. The Dutch doesn’t let little things slip if they are going to lose out on something. 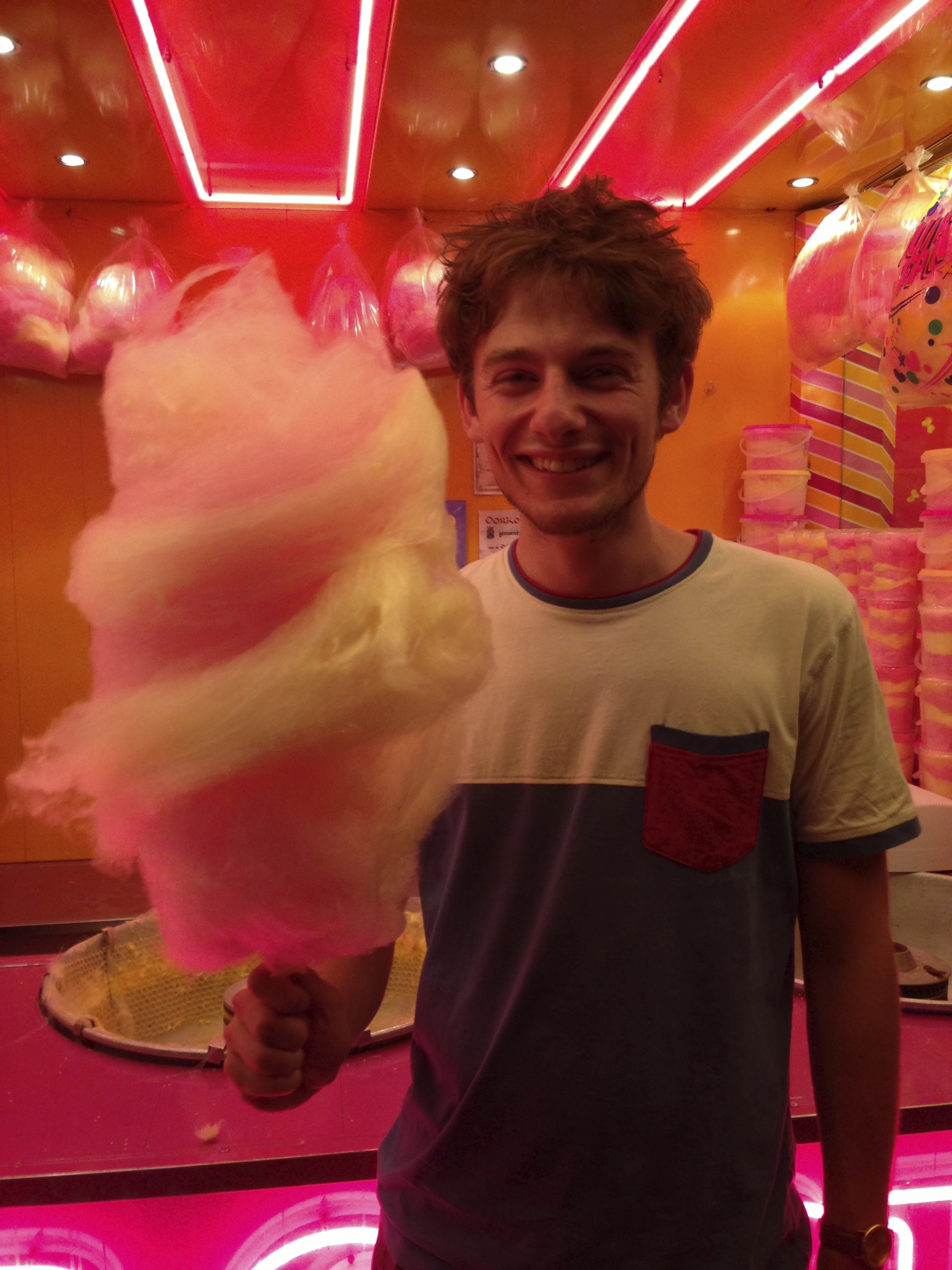 For Dutch guys hair is everything, they spend up to €7 on a tub that only lasts a week. Without it they feel out of place. Head to the supermarket and you easily find a section dedicated to it like a Vodka section in Poland is rammed to the core. How could there be so many different types of hair gel? From Strong, super strong, ultra strong, mega strong? You can easily get lost in the endless choices. The best advice is to ask a local what they use and see if it works. The Dutch guys take pride in their long golden hair styles and if you want to fit in, join in!

The biggest problem I’ve had in the Netherlands is the lack of Credit card use (Visa/Mastercards). For some weird reason the Dutch are happy to stick with Maestro cards, the one card I haven’t used since I was 13 years old! It’s like the only country that still operates solely on them. All over the Netherlands on the trains and in supermarkets, this is the card of choice and supermarkets won’t even accept your international cards its kind of funny. Many times i’ve been left stranded in random Dutch towns trying to buy a train ticket back with only coins (yes €23 ticket with coins!), having to annoy the local kebab shop at the station for change. Its so backwards, but because it’s the part of the Dutch system you have to deal with it.

I try, but because everyone wants to practice English with me, they will quickly put you down the moment you try to speak Dutch or in my case laugh so loud at my attempt that they find it too cute and then I lose my confidence. The Dutch speak such great English that you have little space to practice. Often I would go to supermarkets trying to act Dutch by chucking some Drop candy into my basket and then seeing if the checkout staff will notice I’m British, But by the time they ask if I want a receipt the game is already over as my “Nee” sounds too silly and we are talking English by the time I can walk away with my bags.

Thank you for Reading my blog post, if you have anything else you would like to add or if you agree or disagree with any of the above, feel free to post below in the comment section, Thank you!